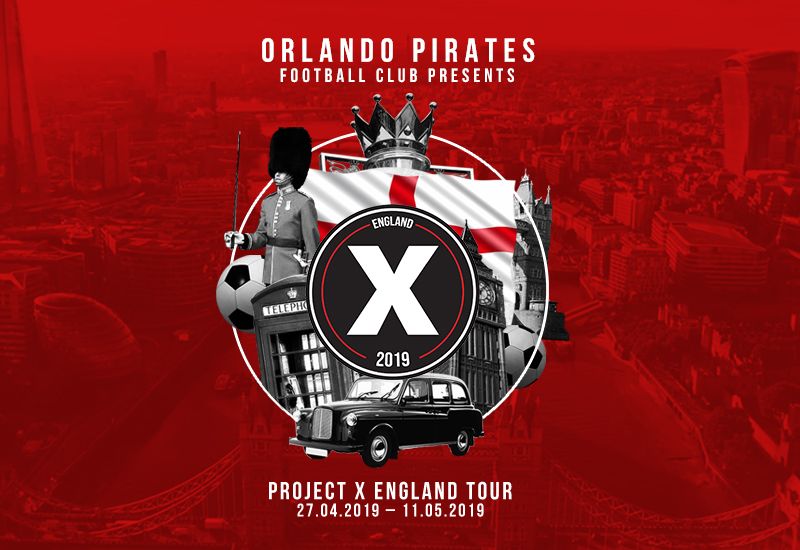 Orlando Pirates Project X 2019 team jets out to England this coming weekend where they will play a series of friendly matches against some of the best that the UK can offer.

Project X has been instrumental in the development of the Orlando Pirates future stars and exposes them to football at the highest level.

The Project X Tour forms part of a two-stage process that began with some players being scouted at the Pirates Cup which was played earlier in the year.

The best players to come out of this tournament have since been selected and will form part of the Project X squad that will compete in England.

According to Project X Manager Tokoloho Moeketsi, preparations have been going well.

“It’s all systems go from our side," said Moeketsi. "As management we have done all that is necessary to make this trip a success. Now it’s up to the boys to grab this opportunity and make use of it like some have before them for example Lyle Foster two years ago and Zakhele Lepasa last year."

Foster, now with AS Monaco in France is one of the prospects that came out of the Project X that toured London in 2017. The young hitman returned from England as top goal scorer while, midfielder Yusuf Maart who is currently on loan to Cape Umoya earned himself a first team contract with the club.

In 2018, the tour to Brazil saw the promotion of the then 16-year-old Augustine Mahlonoko and the on-loan striker, Lepasa to the senior setup.

Whilst the Project X Tour is mainly about football, the itinerary that has been prepared for the players will also cater for some tours and sightseeing.