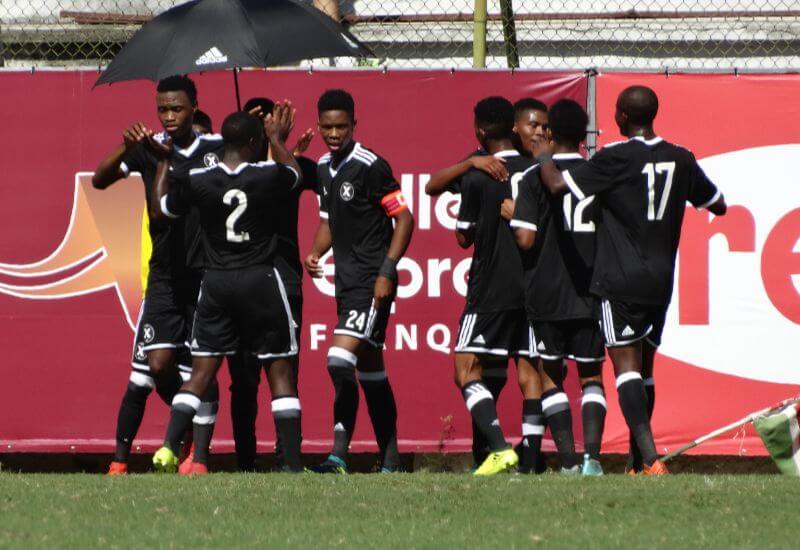 After a humbling defeat at the hands of Botafogo, the Project X side needed to come back strongly in their final match of the tour. Making a short trip across the city to the neighbourhood of Laranjeiras, the PJX faced up against their final opponent, Fluminense Football Club.

While on tour, the PJX squad have been assisted and chaperoned by João Pedro Castro, a passionate Fluminense supporter who has taken positively to the boys and admittedly would be rooting for them (quietly) as they take on his home side.

After a spirited welcome by the Fluminense players and staff, we got down to business, with PJX starting quickly. Fluminense we pushed back deep into their half as Bonga Maphumulo played a dangerous ball across the face of goal, with Zakhele Lepasa missing it by inches. Augustine Mahlonoko was into the action with a deep run through the midfield, taking on men and creating space but his final shot at goal was well blocked by the cover defence.

‘Os Touristas’ opened the scoring after a well-worked move in attack which saw Lepasa spearhead a 2v3 attack. With Katlego ‘Kuruman’ Cwinyane free on the outside, the PJX striker picked his spot and fired hard and low into the bottom corner, leaving Vinicius Garcia at full stretch in the home side’s goal as the ball sailed by. 0-1.

Kopano Thuntsane pounced onto a loose ball from a corner and immediately fired it long to ‘Kuruman’ who was highest placed. Cwinyane let the ball run as Phumulani Masinga chested it down and clipped it back into Cwinyane’s path who clipped it beyond the onrushing keeper. On 32 minutes it was 3-0 to PJX after Mahlonoko found an extra pocket of space to turn and chip neatly into the path of Masinga who volleyed home from inside the box.

Fluminense thought they had pulled one back towards the end of the half, but the referee’s assistant called them back for a foul.

The second half started amid a flurry of changes as Fluminense introduced a near new team. With some players coming off the senior team, Flu began to assert themselves on the game. With close to an hour on the clock, the PJX rearguard was breached as a low shot into the bottom corner was the undoing of Thuntsane. Sloppy defence saw two men drift out of position to close the same space and the ready Fluminense attack pounced and punished the error.

Fluminense played on the front foot and with more intensity after getting onto the scoresheet, testing the PJX defence at every opportunity. The PJX held firm in the face of relentless pressure, all channelled through the gap in midfield.

After five minutes of added time, the referee pointed to the centre of the pitch and blew the final whistle, effectively bringing the PJX football journey to positive end.

Founded in 1902, Fluminense Football Club, known simply as ‘Flu’ plays in the Campeonato Brasileiro Série A (the top tier of Brazilian football) and the Campeonato Carioca, which is the state league of Rio de Janeiro. The club is based in the Laranjeiras neighbourhood and plays their home games at the Maracanã Stadium.

Although the club was founded as a football club, today it is home to 16 different sporting activities. They hold many long-standing rivalries, most notably against Flamengo, which is known in Brazil as Fla-Flu. Fluminense has contributed the fifth most players to Brazil's national football team.

Fluminense has been state champions on 31 occasions, second only to CR Flamengo with 33. The team has been national champions four times, most recently in 2012, and won the Copa do Brasil in 2007.

The other accolades of the club include: