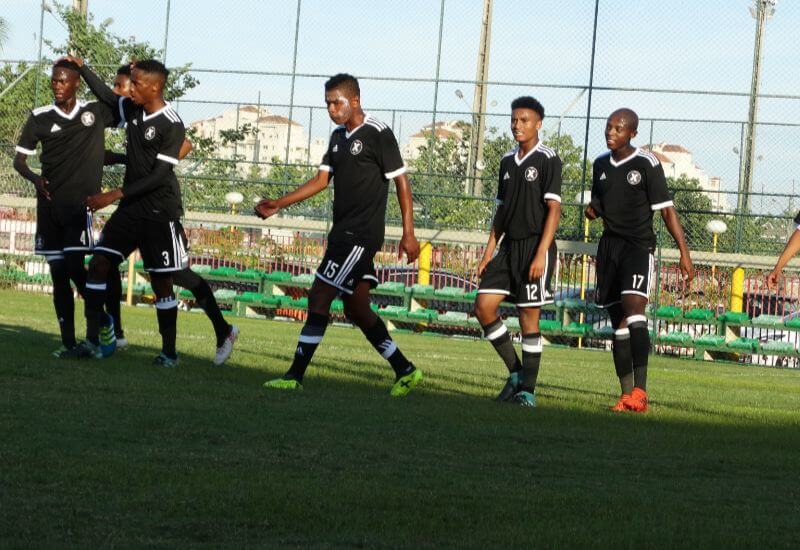 Zico Football Centre on Monday afternoon. With conditions being slightly more favourable than on

previous days, the side got into their stride as they looked to connect in breaking down their opponents.

A much more physical side, Barra took the early initiative as they tried to boss the game from the

opening whistle. The home side’s intent was clear, as they tried to force the visitors to chase the game,

sapping all their energy under the Rio heat. The Project X side were not on the same page as they

allowed the ball to move harmlessly into well protected channels.

lead to a corner. The younger visitors were buoyed by their opening passage of play and began to

squeeze the hosts and assert themselves more on the game. The increased tempo seemed to rattle

Barra da Tijuca, who were expecting their physicality and local experience to overhaul what should be a

As the game got deeper into the first half, the Project X side became more comfortable on the ball and

with the opponent, finally pulling into the lead from a well-executed strike by Zakhele Lepasa, who

curled around the keeper from outside the box.

It was more of the same in the second half as Project X came out the blocks flying. Having seen a

weakness in the opposition’s right side, the focus of PJX attack in the early stages was relentless, forcing

early changes by the hosts. The changes brought on a different dimension and PJX pounced after Lepasa

was once again set free through the centre of the defence before firing low into the far post for 2-0.

There was a slight concern when Simo Bophela went down clutching his shoulder after a collision, and

was immediately withdrawn from the game. However, the medical team was happy to report that this

was merely precautionary, and Bophela will be fine for the rest of the tour.

The visitors saw out the match and secured their opening victory, with all players getting some minutes in the game.