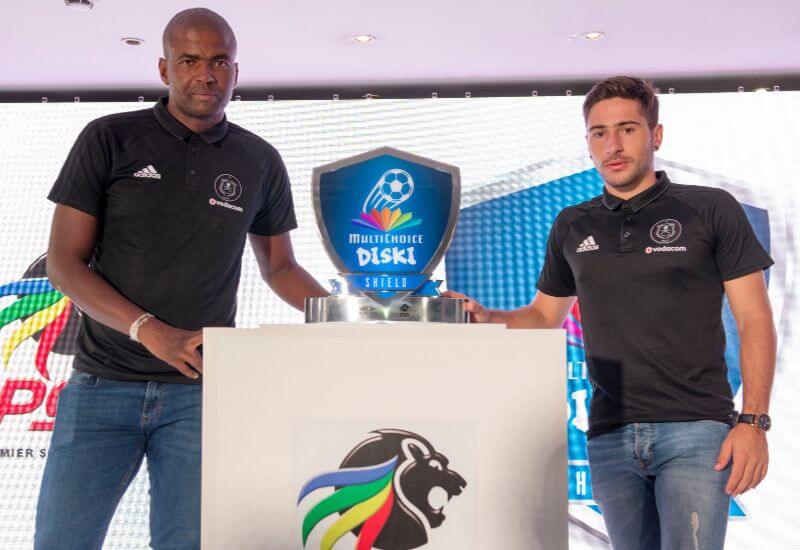 The PSL Headquarters were abuzz with activity as members of the media and club officials gathered for the launch of the Multichoice Diski Shield – the Battle of the Citiies.

Chairman of the PSL, Dr Irvin Khoza, was delighted to announce the new competition, which will see the extension of the reserve season by an additional four weeks of nail-biting cup action.

“When we introduced the Multichoice Diski Challenge, many people saw it as a CSI project. I’m happy that the naysayers have since changed their tune when seeing the greater impact that the competition has brought. We are in partnership with the community on all fronts who are fervent supporters of the young players. Even the local hospitals have increased their efforts to assist with the well-being of the players. The product delivery as a whole has grown and will continue with the support it receives,” said Dr Khoza.

“With the inception of the Multichoice Diski Shield, we have identified how many times our youth spend with the soccer ball between their legs as compared to other developed football nations and we realised that we are not putting in enough hours. With the introduction of this competition, it will ensure consistency and help eliminate lapses and assist us in achieving our goals.”

Calvo Mawela, CEO of Multichoice South Africa, was encouraged by the longstanding partnership between the TV giants and the league, stating, “We value our partnership with the PSL, which has spanned over a decade. We believe it has made a significant contribution to the development and growth of football in South Africa. The Diski Challenge has grown tremendously over the last four years and is now an intrinsic part of South African football. The Diski Shield will further contribute to the development of young players, to get them ready to take their spots in the senior team.”

HOW THE SHIELD WILL WORK

The competition is made up of 16 clubs who will be broken into four regional pools: Central, Coastal West, Coastal East and Northern. Clubs will play each other once and the winner of each pool will progress to the semi-finals. The winners of the Multichoice Diski Shield will win a trophy as well as R150 000 towards a football development initiative for a local community of their choice.

Ricardo Lourenco, captain of the Bucs MDC side was present at the launch, and was in good spirits following the announcement of the new competition.

“It’s a great opportunity for the players to challenge for some silverware and it’s fortunate that the announcement happens while everyone is still in shape from the end of the league. It’s an additional platform for young players to show the senior team coaches what they are capable of in competitive situations, and for the Club, it gives more incentive to the players to keep working hard in this space so the development can continue.”

“The MDC has always been about the community and the fact that when you win the Shield there is also some money that goes to a local football initiative in a community of your choice, means that there is a whole lot more that we are playing for outside of winning the tournament,” concluded the skipper.