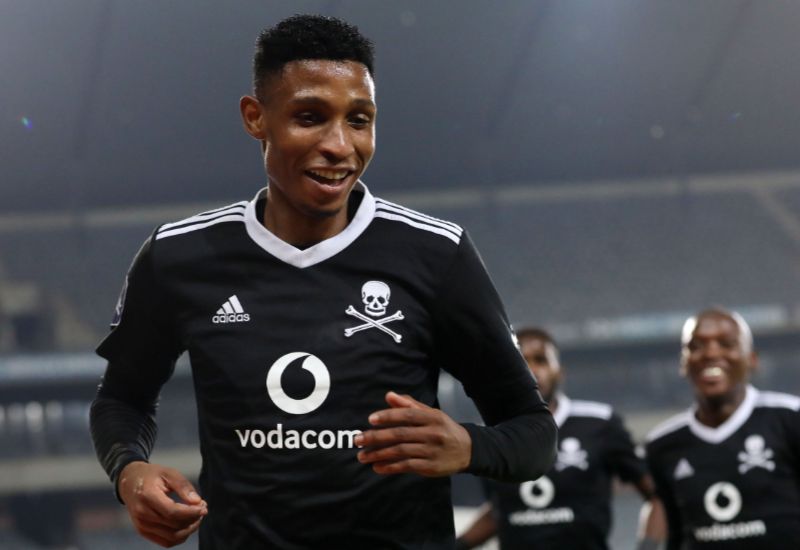 A clinical second-half performance gave Orlando Pirates an important 2-0 win over Maritzburg United in their return to DStv Premiership action at Orlando Stadium on Sunday night.

It was the Buccaneers' first league outing in over a month, while their opponents had last taken to the field two weeks ago.

The visitors were quick off the blocks, with Bucs keeper Wayne Sandilands called upon as early as the 10th minute when he made a stunning save to keep out a fierce shot from Thabiso Kutumela.

The middle period of the first half was largely uneventful - bar a few cards shown - until the Soweto Giants grew into the game as the halftime whistle was approaching.

Attacking midfielder Deon Hotto was in the thick of things just before the break, when he was played into a promising position in the 38th minute. This placed him one-on-one with keeper, Marcel Engelhardt, and the German shot-stopper did well to stick out a foot to deny the Namibian international.

On the stroke of halftime, Hotto was again pin-pointed by an inch-perfect pass from Thabang Monare and cut inside before unleashing a shot that went nowhere near the target.

The second half was a stark contrast to the first, with the Buccaneers looking the more confident of the two sides.

It took until the 59th minute for the breakthrough to come, and it came via an inspired tactical move, as halftime substitute Vincent Pule finished from close range.

In the lead-up to the goal, Kabelo Dlamini played in Fortune Makaringe, who unselfishly laid the ball for "Mashonisa" to finish calmly.

There was an opportunity for an equaliser at the other end just 12 minutes later, when Bongokuhle Hlongwane had an open net to shoot into, but skied his effort.

Maritzburg were further punished by the increasingly confident Buccaneers, who capitalised from a goalkeeping error, with Pule completing his brace in the 78th minute after being played in by Sandilands.

With Pirates well in control, it could have been 3-0 as Tshegofatso Mabasa and Fortune Makaringe drew a double-save from Engelhardt.

The final whistle eventually sounded, signaling a welcome return to winning ways for the hosts, who move to fourth in the league standings.