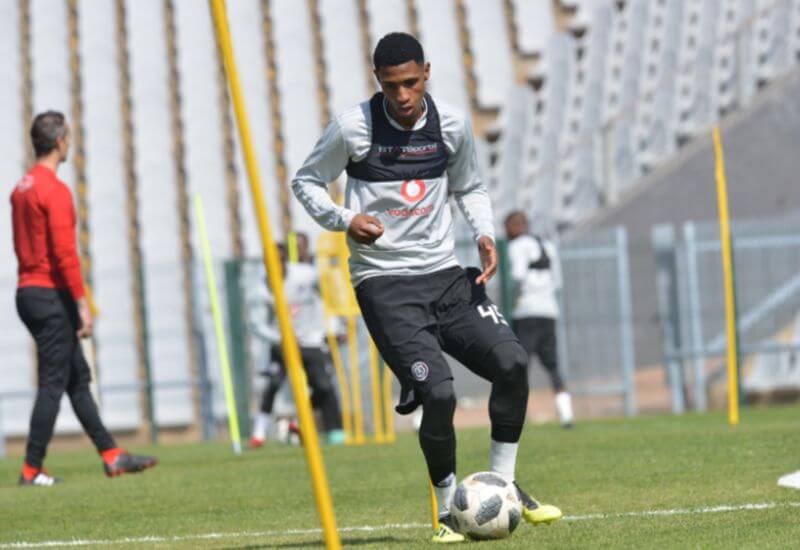 Vincent Pule is relishing the opportunity to represent Bafana Bafana in the upcoming 2019 CAF African Cup of Nations Qualifier against Libya.

Despite being a late addition to the squad, the Bucs attacker hopes to impress the coaching staff as he tries to get the nod and play some part of the match this weekend.

Yesterday the national team was involved in a friendly match against Amazulu and Pule stuck to his mandate of impressing by netting a goal in Bafana Bafana’s 2-0 win over Usuthu.

Orlandopiratesfc.com spoke with the 26-year old today where he shared is reaction after receiving the call-up as well as share his outlook on the match against Libya.

“The first time I got to know about the call up was from the coaches when I arrived at training. It was there I was told that I would need to report for Bafana camp that afternoon. You can imagine my surprise when I got the news because it was a day or two after the squad had already been announced.”

“In terms of being in camp what can I say? Every player grows up wanting to play for his country one day and I am no different. It’s great to be here and represent my country. I’m honoured to be in the Bafana Bafana camp, as a player this is all you wish for – to play for your country.”

“It’s been really good; the training sessions have been good and everything is going according to plan. I know I’m new to this but I feel like I’m gelling well with the guys. I already know a lot of the players because we either play together or against each other in the League (PSL).”

“But I must be honest and say that it is an honour and privilege to be here because we are all here as players from different teams working together all in the name of our country, and on a personal level, being here in camp with some of the guys who are playing overseas serves as motivation to keep working hard so that one day I can realise my dream of playing abroad.”

“I think one can best answer from a team perspective and as one of the selected players I can say that we have to make the difference and help South Africa qualify for AFCON, it’s as simple as that. We respect our opponents like any other team but when it comes to the match we will do all in our powers to try and secure maximum points because we know the importance of making a positive start in this current group format.”