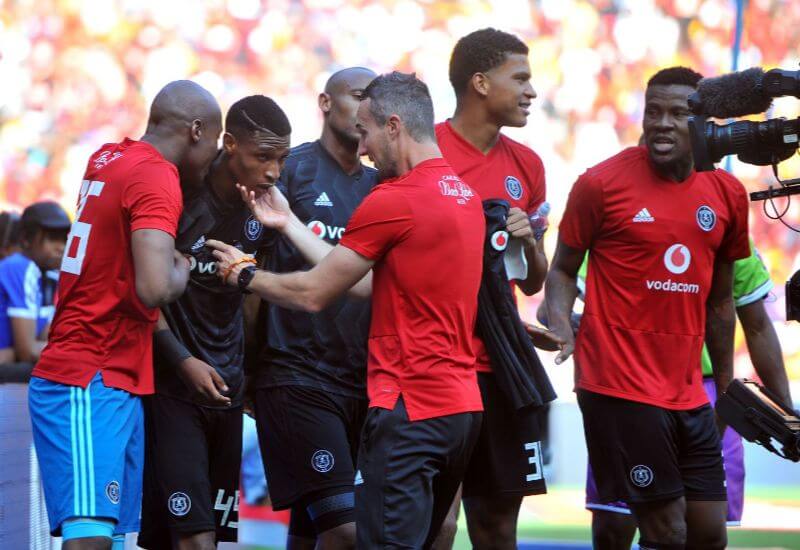 The Soweto Derby is a unique event, for both fans and players alike. It is the stuff of legend and a day where you can etch your name in the annals of the biggest game in the country. The Derby has its heroes and its villains, stories that will go down in football folklore, and as a divisive topic in our social commentary, the events that unfold will be talked about for time immemorial.

The October 2018 installment certainly lived up to its billing as Orlando Pirates and Kaizer Chiefs locked horns at the FNB Stadium. It was the first time in recent history that both sides went into the game in similarly sparkling form, the Buccaneers lying in 2nd place while their rivals languished behind just one place back.

With both sides nestled comfortably near the summit of the ABSA Premiership, and with three points and bragging rights up for grabs, the gathered crowds were expectant of a humdinger of a match. And the Buccaneers obliged.

Coming from a goal behind, ‘Ezimnyama nge Nkani’ seized the day and all three points after goals from Innocent Maela and Vincent Pule put the game to bed in the first half.

Speaking to Orlandopiratesfc.com, the goalscorers were visibly pleased by their contribution, and the overall performance of the team on the day.

“It was a special moment to score a derby goal. I will definitely remember this one for a very long time,” said Pule, who made his Soweto Derby debut on the weekend.

“We have all grown up watching this game and it has always been a dream to play in it, so having that chance and also scoring and winning the game made it a great weekend for me.”

“Shonga’s inside pass to Mulenga was very good, and in that position we all know how dangerous Mulenga can be. He’s such a clever player. When Khune came out and Mulenga picked the pass, I was in the right place at the right time for the finish. It was a nice finish to a great build up.”

Innocent Maela’s header opened the scoring as he rose to meet Shonga’s corner kick in the 28th minute.

“We practice the movements when attacking a corner and there are areas that we know Shonga and Pule will hit when they deliver. I moved into one of the channels and managed to get my head onto the ball.”

“I don’t score a lot of headers because of the way I play. Normally the chances I get are with my feet so naturally I’m very happy that I was able to contribute with my header. There is so much pressure in derby games because of the expectation of the fans so to score in such a big game is very encouraging.”

“We now need to build on this result and that as the momentum we need to keep winning and doing well for the fans,” said Maela.

The Buccaneers’ next test will be in the Telkom Knockout Quarterfinal where they will be hosted by Amazulu in Durban. Details of the match are still to be confirmed.