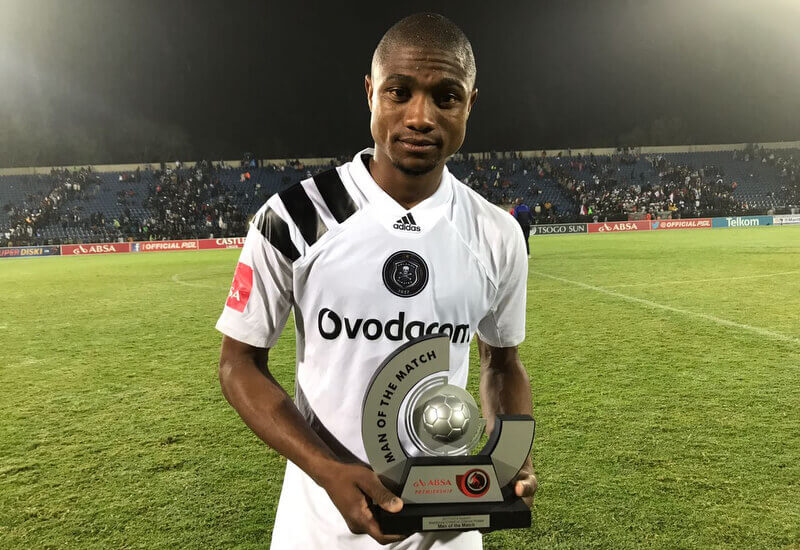 For the second time in as many matches an Orlando Pirates player walks away with the Absa Premiership man of the match award. Last week it was Bernard Morrison but tonight it was attacking midfielder Thabo Qalinge, who picked up the coveted accolade in the goalless draw away to Maritzburg United.

Speaking after the game, Section 10 as he is affectionately known said: “It wasn’t an easy match tonight. It’s never easy playing in Maritzburg, they really push you to perform and fortunately I think we competed admirably.”

“We obviously would have loved to collect all three points but this point we earned tonight is good enough. Our next focus is on our match against Cape Town City.”

“On a personal level I’m happy to have been voted man of the match...I hope to continue improving and making a meaningful contribution to the team,” he concluded.

Meanwhile, Head Coach Micho Sredojevic said that despite being happy with his team’s performance, there are some areas that still need improving.

“Look, this wasn’t an easy match by any means. It’s no surprise United are where they are on the log table. Although I am happy with our general performance I still believe there are some areas we need to improve on. Obviously with our next match coming up so soon there’s little you can do except try and regenerate and hope that the players are fresh for yet another challenge against City.”

Orlando Pirates and Cape Town City will do battle on Tuesday evening. The match will be played at FNB Stadium.