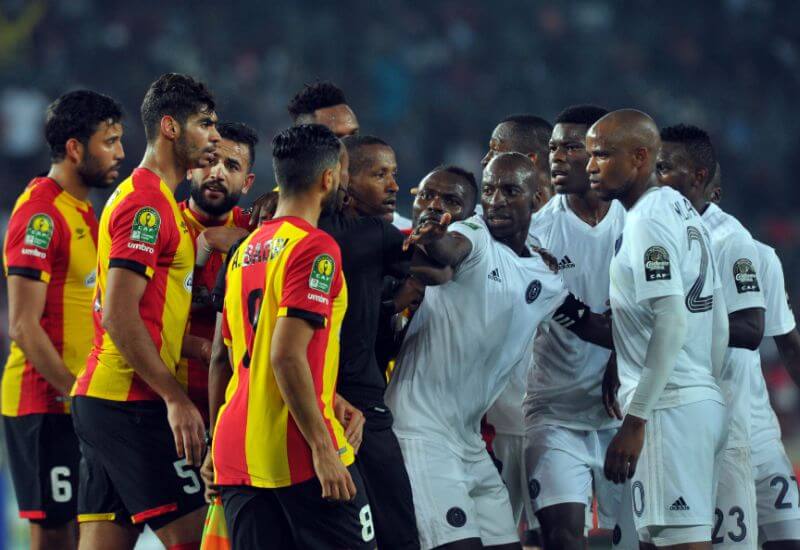 Musa Nyatama has described the CAF Champions League encounter against Espérance Sportive de Tunis this afternoon as vital for the team.

Speaking to Orlandopiratesfc.com this morning, Nyatama stressed the importance of this Group B clash against the reigning Champions League champions.

“We know it’s not going to be an easy game this afternoon,” said the 31-year old midfielder. “However we are well prepared for whatever comes our way. I am confident that we will do well; we carry the hopes of millions back home therefore we need to make sure we put our best foot forward.”

Nyatama, who was honoured to captain the team in the goalless draw against the Tunisian giants last week, said that he expects a different side to the one they faced at Orlando Stadium.

“We all know that the North African teams are very tactical. They play the result and not necessarily the occasion. You could clearly see by the way they celebrated after our first game that they wanted a point from that match.”

He added: “We expect a completely different game today. Now that they are playing at home, we can expect them to come hard at us… the first 20 to 30 minutes will be crucial.”

With Esperance serving the second of their two-match stadium ban, where the fans will not be permitted to attend the game, Nyatama remained wary of the approach of the home side, in what will be an unusual setting for the well-supported Bucs.

“We are fortunate to be playing them without their supporters,” he revealed. “The fans up north are very vocal and they do all they can to give the home team some sort of advantage.

“I know from personal experience that the role of the supporters is quite crucial so for them not to have their 12th man works in our favour and I think it will assist us in our plan of snatching three crucial points from the defending champions.”

“Having said that, we know that despite not having their fans this won’t change their approach because we all know how teams from these parts use certain tactics to influence decisions. We got a little taste of this in the match we played at home, but I think we responded well to those tactics which in turn frustrated them. Hopefully we can do the same today.”

Although Orlando Pirates have never suffered defeat against Esperance, the Buccaneers know all too well that it is imperative that the team collect maximum points in the match scheduled for this afternoon.

Kick off for this encounter is scheduled for 15:00 and will be televised on SuperSport 4.