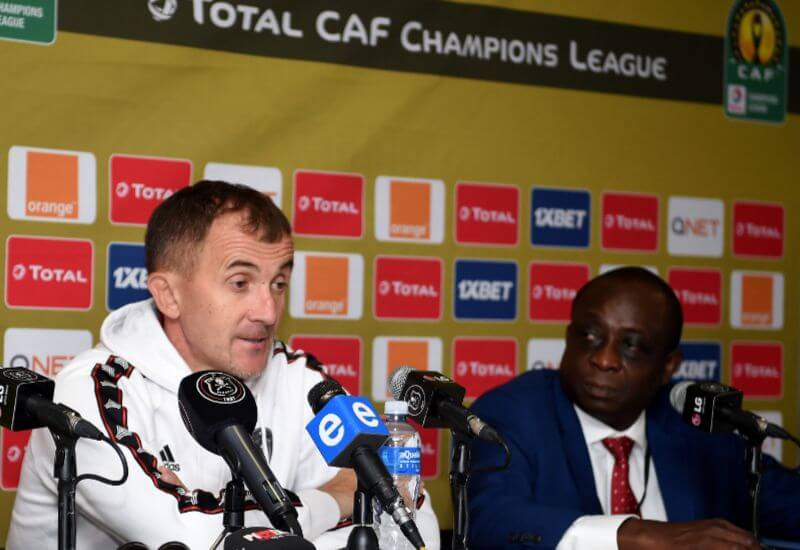 The CAF Champions League fixtures have been released for the 2019/20 season.

Orlando Pirates who will be contesting in the African showpiece for the second season in a row, will have two tough rounds to contest with if they are to qualify for the Group Stages of the competition.

For the First Round of the preliminaries, the Mighty Buccaneers will take on Green Eagles Football Club. Eagles who are based in Choma finished first in Group B of the Zambian Premier League.

According to the draw, the first leg will be played in the second week of August in Zambia before the return leg two weeks later in Johannesburg.

Should the Buccaneers make it through to the next round, they will most likely face Angolan champions 1° de Agosto.

Should they get through their First Round opposition – KMKM from Zanzibar; the Angolan outfit will prove to be a tough test for the Soweto Giants.

1° de Agosto completed the 2018/19 season without a single defeat in 30 matches; scoring 51 goals and only conceding 9 goals in the process.

Speaking on the draw, head coach Micho Sredejovic said: “It will certainly be much tougher than the path we took last year considering the level of opposition we are about to face. Green Eagles are a high quality side that finished strongly in the Zambian League, and they are also coached by Aggrey Chiyangi, who is the caretaker coach of the Zambian National Team. We can expect them to be very strong.”

“Starting the tie away from home gives us an opportunity to get our campaign off to a good start and once that is done, the roads will lead either to Zanzibar or Angola for another tough encounter.”

“We have, as always, the highest ambitions for CAF and our preparations which began early in our pre-season will continue to the occasion of the Carling Black Label Cup on the 27th of July. We need to show our readiness for the big games by continuing to build on the processes and foundations that we have laid down in our pre-season preparations.”