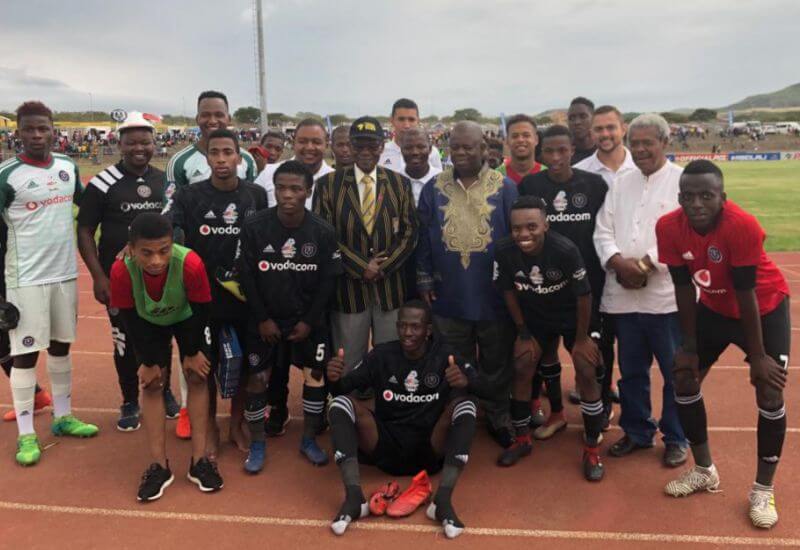 When the referee blew his opening whistle on Sunday afternoon it was not only to signal the beginning of Orlando Pirates’ match against Free State Stars, but also to confirm the focus and attentions of a Royal visitor in the stands for the midday Multichoice Diski Challenge fixture.

With the pressure of royal eyes upon them on the day, the Buccaneers delivered as they walked off with all three points following a 2-0 win over Ea Lla Koto. Lucky Mdingi opened the scoring on the stroke of half-time with a well taken shot from outside the box which bounced before the keeper and deflected into the roof of the net. Rodi Sibanda made it 2-0 in the second half after a neat piece of work to control the ball and cut inside before curling past the keeper with a well taken shot.

After the match, the players were treated to an audience with Dr Buthelezi, where he wished them well for the rest of the season and off the back of their performance, a seemingly bright future in the game.

Mobara ruled out of Chippa clash