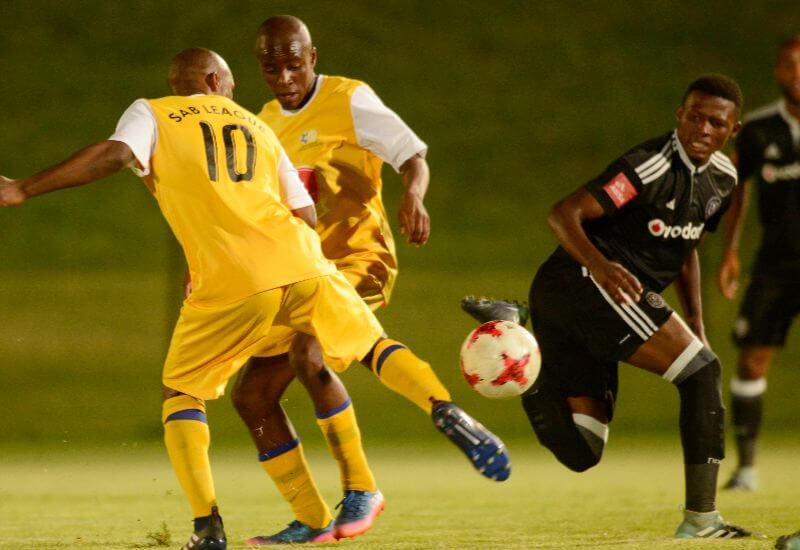 The Orlando Pirates SAB team has relinquished its position at the top of the table for the first time this season following their uninspiring 1-all draw with Senaoane Gunners on Tuesday night.

With this result Philani Khubeka’s men drop to second place – two points behind rivals Kaizer Chiefs who have collected 47 points after 19 matches played.

The young Buccaneers next play Setheo United in what has effectively become a must-win for the side to ensure that they keep up with the pace set by Amakhosi.

The match against Setheo will be played at the Alexandra Stadium on Saturday, 17 February.

The Multichoice Diski Challenge enters the penultimate round this weekend with Orlando Pirates locking horns with current log leaders Golden Arrows at the Makhulong Stadium in Tembisa on Sunday. Pirates come into this festival trailing Abafana Besthende by five points.

A win over Arrows would give Rayaan Jacobs’ men a slim mathematically possibility to win their maiden MDC title however, it won’t be easy. The last time these two sides met, Arrows stormed to a 3-0 win.

Meanwhile, Orlando Pirates Football Club can confirm that the following players have been released from the Reserve squad:

The Club would like to wish the abovementioned players the best of luck in their future endeavours.