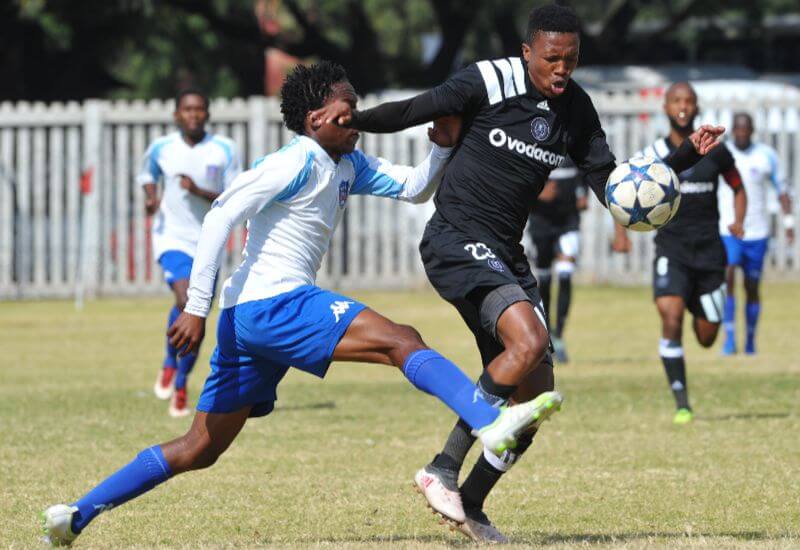 The Orlando Pirates SAB team has one foot in the ABC Motsepe League this after they recorded two wins on the opening day of the SAFA SAB Playoff matches played in Reiger Park on Sunday.

Philani Khubeka’s men began the day in the best way possible with a convincing 5-1 win over XI Experience.

Attackers Grant Peters and the in-form Zakhele Lepasa netted a brace apiece; with defender Reanetse Ramatlapeng also amongst the scorers on the day.

The second match on the day proved to be more a match of grit as the Buccaneers were pushed all the way to the end by Mamelodi All Stars. It took a last gasp goal from Bonga Maphumulo to break the stubborn Mamelodi All Stars defence.

With these two victories, Pirates sit atop of their group two points ahead of NWU Vaal.

The Young Buccaneers will have a break this week before they have to do it all again on June 2nd where they will play against Sandton Super Stars and NWU, with automatic qualification to the Gauteng ABC Motepe League on the cards

Speaking after the two matches Khubeka said: “I am happy with the character my boys showed today especially in the second match against Mamelodi. It wasn’t an easy game for us but despite all the challenges we faced, we were still able to secure the three points.”

He added: “Even though we are currently number one on the log, we are not going to get ahead of ourselves just yet. There’s still a long way to go; we need to remain focused and take it one game at a time.”

Both the above matches will be played at the WJ Clements Stadium in Reiger Park.