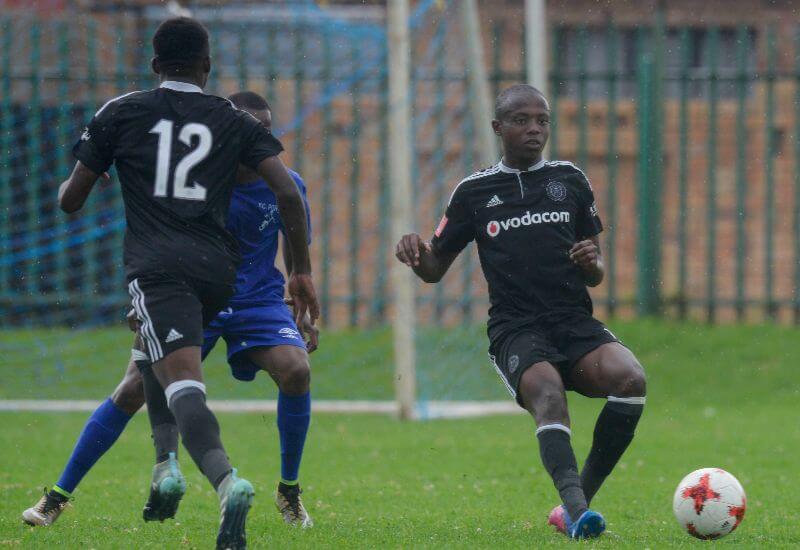 Zakhele Lepasa scored a hat-trick while Thabiso Monyane scored the fourth goal as Orlando Pirates thrashed FC Porto 4-1 in the SAB league at the Moletsane Sports Complex on Sunday afternoon.

The visitors took a lead just four minutes into the match. The high flying Monyane picking out Lepasa with a pin point pass from the right and the Bucs striker beat the helpless FC Porto goalkeeper with a well-executed strike.

Porto drew level in the 21st minute after a defensive blunder from Tsebo Tsotetsi in the Bucs goal, however it only took the Buccaneers 11 minutes to reassert their dominance when the Monyane-Lepasa combination produced a carbon copy of the opener. Monyane again delivering a cross from the right flank with Lepasa on the end of it for the finish.

The young Buccaneers took that 2-1 lead into the break.

The second stanza continued much in the same way as the first, with the visitors dominating most of the play, and it was no surprise when they scored the third two minutes into the second half. Pirates were awarded a penalty for a foul on Lepasa inside the box - Monyane stepped up and calmly converted from the spot.

Lepasa completed his hat-trick in the 55th minute with a goal reminiscent of Justin Shonga’s Ford Goal of the Month against Chippa United. Lepasa showed poise and precision of a sniper with his deadly finish from a tight angle on the right.

The match was temporarily halted due to the heavy rains but once the officials resumed play, there would be no more goals to come from either side.

Victory for the Buccaneers keeps them in second place on the SAB League table, with rivals Kaizer Chiefs leading the way.

The next match is on Wednesday against Gauteng at the Alexandra Stadium before they face-off in the Soweto Derby against the Naturena based outfit on Sunday, 25 March 2018.