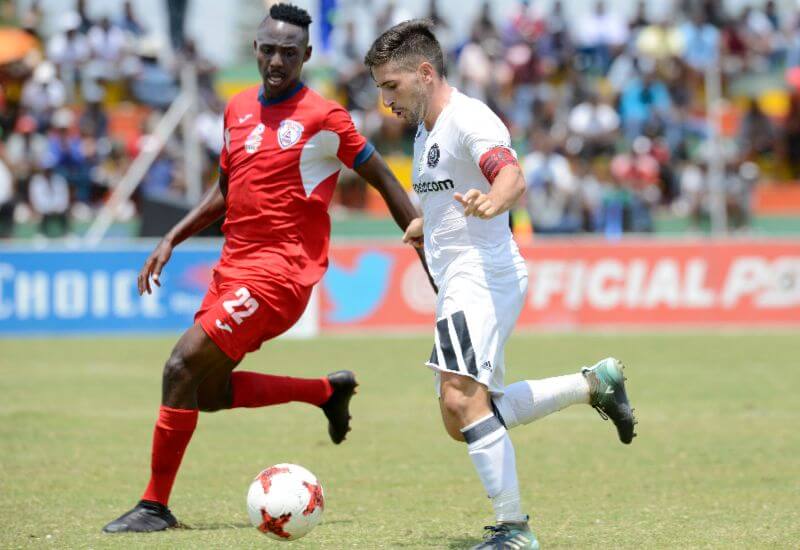 The Orlando Pirates SAB team have capped off a perfect weekend for the Club when they recorded a 2-0 win over Randburg on Sunday afternoon.

The winning started early on Saturday with the Mulitchoice Diski Challenge side securing a hard fought 1-0 win over Free State Stars courtesy of a goal from Captain Ricardo Lourenco. With this win, Rayaan Jacobs’ men move to fourth place – seven points behind log leaders Bloemfontein Celtic.

With only three rounds left to play in the 2017/18 season, it will take a mammoth task to halt Phunya Sele Sele however, the young Buccaneers have vowed to fight to the end.

Next up for the MDC team is a home match against Polokwane City which will be played at Rand Stadium on Sunday, 4 February.

The SAB team bounced back from a surprise defeat to Pimville Young Stars last week to win 2-0 over Randburg on Sunday.

Despite playing a large part of the match with 10-men after left back Ndumiso Magwaza was red carded for dissent, Philani Khubeka’s boys were still able to deliver the goods on the day with Zakhele Lepasa netting a brace.

Next up for the SAB team is an away match against Sabelo Super Stars which will be played at the Nike Centre in Pimville, Soweto on Sunday, 4 February.