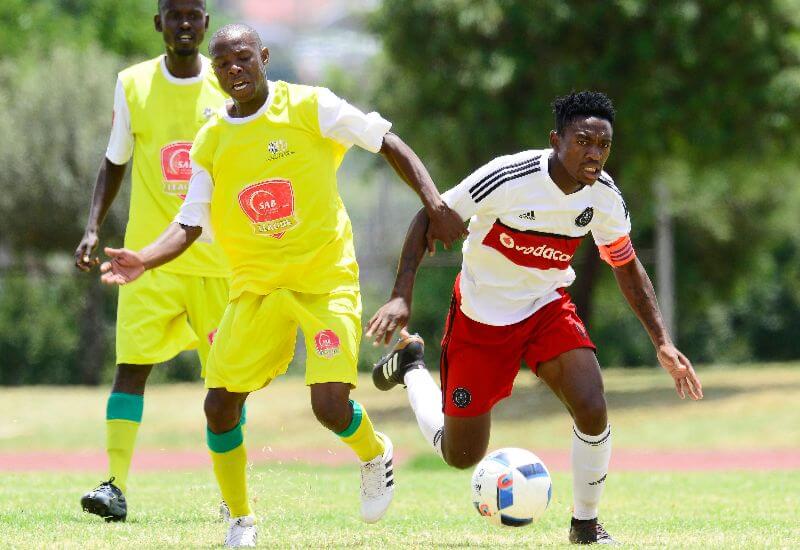 Orlando Pirates Football Club’s reserve team aspirations lie solely on the shoulders of the SAB side who take on the University of Johannesburg this weekend.

With only two points separating the Bucs and log leaders Kaizer Chiefs, and a further six points away from the third placed UJ, the connotations of this fixture could have massive implications going forward, and only a win for the Soweto Giants will do as they chase the summit of the SAB League.

Saketso Moremi, a graduate of the Orlando Pirates Academy, who captains the SAB side was cautiously upbeat about the game ahead when he sat down with Orlandopiratesfc.com to unpack their preparation for a crucial encounter with UJ.

The mood in camp

“We are feeling good about this game. The way we have trained this week has set us up for a good performance so overall, we are happy with how things have been going. We don’t have injury concerns and some guys are also back. The coaches are going to have a tough time picking the squad because everyone is hungry to play. We drew with them last time so there is a feeling of wanting to improve. The only improvement will be a win, because it also keeps the pressure on the guys above us.”

“We played against the seniors this week, and I was facing a huge challenge against very competitive guys. We rotated the squad and I played 45 minutes against Issa Sarr, Musa Nyatama and Xola Mlambo so you can imagine, it felt like 180 minutes! I think that exercise was good because it showed us where we need to be in order to compete and also gave us insights into how a fit and quick team moves the ball. I thought we moved it pretty well, but these guys are more intense. It was very good motivation for us.”

“We are coming into this game with a win against Setheo United last week. It was a tough game, but I believe this weekend will be even tougher. Next week will be even tougher still because we can’t afford to lose any momentum. Every game we play must be a win because things are very tight at the moment.”