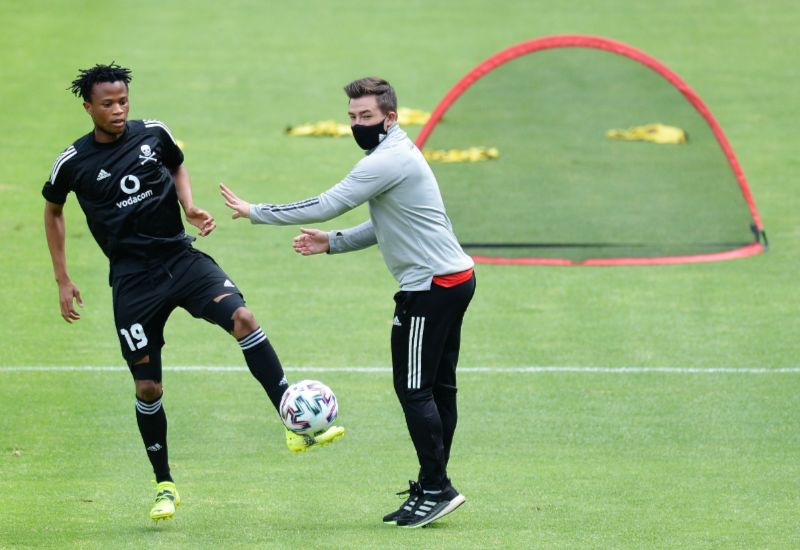 Orlando Pirates rising star Bongani Sam has the opportunity to take part in the biggest fixture in the South African football calendar, the Soweto Derby between the Mighty Buccaneers and Kaizer Chiefs.

The 23-year-old joined the Club ahead of the 2019/20 season, just in time to get a taste of the Derby, when he ran onto the field in the second half of the pre-season Carling Black Label Cup clash between the two sides.

Since then, injuries have denied him any involvement in the many duels that followed against the Buccaneers' biggest rivals. However, a run of starts down the left flank - where he has rewarded the faith shown in him by the technical staff with good performances- has placed him in a favourable position to finally partake in a competitive Soweto Derby.

Reflecting back on his recent outings, Sam said he was happy to get some minutes under the belt.

"I joined the Club wanting to play, just like every player would," he told Orlandopiratesfc.com. "I wanted to play games and win trophies with the Club. But, without putting pressure on myself, I'll say I'm just happy to be playing."

His four league appearances so far this season have yielded a goal and an assist, with the latter coming in the midweek stalemate against TS Galaxy.

With an in-form Kaizer Chiefs looming large, Sam acknowledged that playing in the Soweto Derby is something that he, like every other South African player, grew up dreaming of, but cautioned against letting the occasion distract from the main goal.

"It's every player's dream to play in the Derby, but for us as a team, we go into every game looking for three points. I guess you can say yeah it's a Derby, but it's just like every other game."

The Soweto Derby is known to pull massive crowds, topping 90 000 at times, but that will not be the case on Saturday, with no spectators allowed at the match venue due to efforts to limit the spread of the COVID-19 pandemic.

According to Sam - whose first sighting in Orlando Pirates colours was in front of a packed house in the Carling Black Label Cup clash held at FNB Stadium almost 18 months ago - playing with no fans should calm the nerves a bit, but what counts the most is what transpires on the pitch.

"The atmosphere will be different because it will be quiet. I was nervous in my first Derby because it was my first time playing in front of such a crowd. But there shouldn't be much of a difference... we're playing football at the end of the day."

The match at Orlando Stadium will kick off at 15:30.