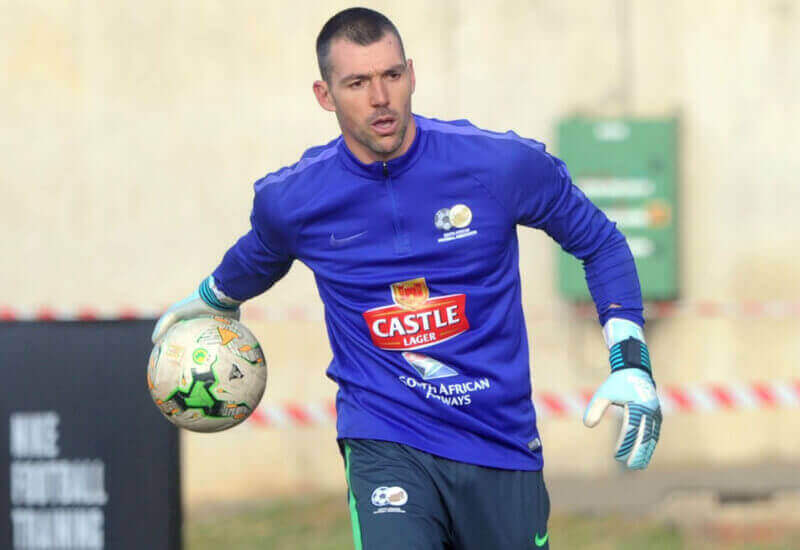 The victory took the Blue Sharks to the top of Group B standings, while Bafana Bafana, whose World Cup hopes were dented, slip down to position four.

The match got off to a lively start with Cape Verde threatening first through Nuno Rocha just four minutes into the match.

However, the midfielder, who scored twice as his side defeat Bafana 2-1 in Praia last week Friday, fired straight into South Africa goalkeeper Wayne Sandilands's hands.

At the other end, the ball fell kindly for Tokelo Rantie inside the Blue Sharks box five minutes later, but the striker fired wide of the target.

Bafana's long-range specialist Hlompho Kekana then found some space outside the Cape Verde box in the 21st minute.

South Africa should have taken the lead on the half-hour mark, but Bradley Grobler headed the ball straight into Vozinha's hands from close range.

Grobler was denied again by the Blue Sharks shot-stopper from close range in the 42nd minute as the hosts pressed the visitors with the half-time break approaching.

But South Africa and Cape Verde were locked at 0-0 at the break following a lively first half which saw the two sides fail to convert their chances.

The deadlock was finally broken six minutes into the second half after Cape Verde were awarded a free-kick in a promising area.

Turkey-based midfielder Garry Rodrigues then stepped up and he beat Sandilands with a thunderous effort from the free-kick - making it 1-0 to Cape Verde.

With his side struggling in the midfield, Bafana head coach Stuart Baxter pulled out Grobler and introduced Andile Jali in the 65th minute.

However, a minute later, Rodrigues doubled Cape Verde's lead when he cut inside from the left, before beating Sandilands with a thunderous long-range effort.

The Blue Sharks then sit back and launched quick counter attacks as Bafana attacked in numbers in search for at least two late goals.

Jali tried his luck from range in the 84th minute, but Vozinha was alert in the Cape Verde goal and he denied the Bafana midfielder.

The Belgium-based midfielder did pull one back five minutes later with a powerful low shot.

However, Cape Verde contained South Africa in the closing stages of the match and they ran out 2-1 winners.