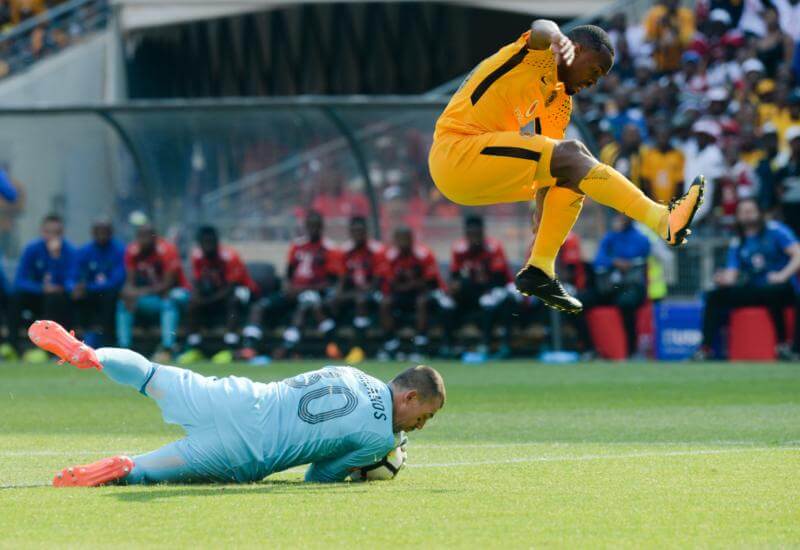 One would expect a player with 13 years experience to have seen and done it all but when asked about his recent Soweto Derby experience, goalkeeper Wayne Sandilands was lost for words.

Sandilands, who not only played in his first Derby but also secured another clean sheet, noted his first experience as being very special.

“It was a beautiful experience,” said Sandilands. “It’s hard to put into words all the emotions that you feel when you’re on that field. To play in such a massive game is a dream for every player.”

“We all grew up watching such games, and we always wondered what it's like to play in the Soweto Derby. I really enjoyed it and the atmosphere was incredible, you can feel the rivalry between the two teams and it is something unique to experience. I feel so blessed and happy to be able to have tasted that. I'm looking forward to many more.”

Meanwhile, left back Innocent Maela who was also making his debut in the historical Soweto Derby is still trying to wake himself up from what he terms “a dream start” to the season.

He said: “I would be lying if I say that I was not nervous. This was my first Soweto Derby and like any normal person in my shoes, it was emotional and a bit daunting to play – not only by the historical fixture, but also the packed stadium. As a kid you grow up hearing stories about how huge the Derby is (from other players) but you don’t quite grasp it until you are walking on the field of play and you are greeted by the sheer roar of the fans. Only then does it dawn on you the sheer magnitude of this match.”

Many don’t know it but Maela is related to Kaizer Chiefs’ left back Tshepo Masilela. Unfortunately, a brother versus brother duel didn’t transpire on the day as Masilela is currently injured.

“My dad called me a lot of times going into the match,” revealed Maela. “I think he was almost as in awe of the occasion as I was. It is one thing to have a son playing in a Soweto Derby, and this he achieved with Tshepo but to have TWO….that is very special and I could sense that feeling of achievement when we spoke on the phone. As for my mother, she was very happy for me. She kept on motivating me to do well.

“Overall, I am happy to have been given the opportunity to play in such a big game, but it doesn’t end there. This is only the beginning and this is why I plan to continue working hard so that other young boys coming up can be in my shoes one day and live their dreams like I am today,” concluded the 25 year old.