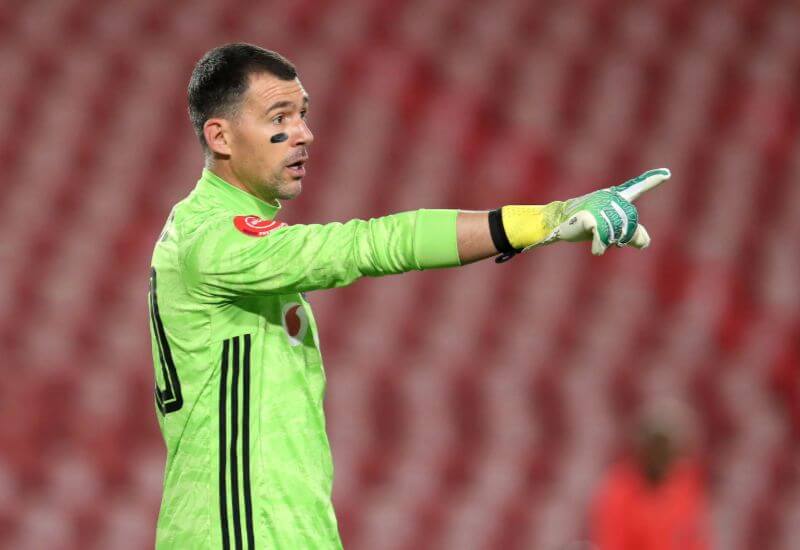 It is often said that after the age of 30, player’s performances start to decline. However, age is nothing but a number and this adage holds true for goalkeeper Wayne Sandilands, who much like fine wine seems to be getting better with time.

At 37 years old, Sandilands continues to show that there is indeed life after 30. His recent heroics against SuperSport United where he saved two penalties to help Pirates secure a 2-1 victory was another feather in his cap in a remarkable season which saw him register an impressive 12 clean sheets - one short of the league best held by Ronwen Williams.

“Defending is a team effort,” said Sandilands, when asked about his impressive clean sheet haul this season. “The success goes to the guys in front of me. Remember, defending starts higher up the field. Everybody is involved in making sure that we keep a clean sheet.”

In a career that spans over 16 years, Sandi doesn’t look like slowing down owing to his professionalism on and off the pitch.

“Look, I have been in this game for some time now and I have had the opportunity to be exposed to all the good and bad in our football. But the one thing that has remained consistent in all my years in the game is two things – discipline and hard work! There is no magic wand here. In order to get ahead in this game, you need to be disciplined and be prepared to work hard.

“I approach every season as if it’s my first, I don’t take anything for granted. If there is advise I can give to the younger players it is to put in the work and you will reap the benefits, but cut corners and we know how that story ends.”

Looking back at the 2019/20 season it’s easy to forget that at one stage Sandilands’ position as number one choice was under threat.

When the Club signed a new goalkeeper at the start of the campaign, it looked like the Benoni born goalminder would be confined to the bench, but the consummate professional that Sandilands is, defied the odds once again as he went on to cement his place as the number one choice between the sticks.

“Overall, I am happy to have contributed to the team in some way this season. When you are playing regularly usually it means you are doing something right and I can only focus on working even harder next season”, said Sandilands.

“I am the type of person who always looks to improve and try to see what we can do better as a team. I guess it’s my attitude of never being satisfied. People close to me can attest to this. I am always looking to push the boundaries, I guess this is what has kept me going all these years.”

For most people a third-place finish as well as qualification for the CAF Confederations Cup would be considered a good season but not so for Sandilands who seemed to echo the similar sentiments of teammate Gabadinho Mhango in a separate interview with Orlandopiratesfc.com.

“You measure success in terms of silverware, this is something we need to reflect on as a team but at the same time if you consider where we come from and in particular how we started the league, third is understandable and we will take it but in the greater scheme of things third is not good enough for Orlando Pirates, silverware is.”

In closing, when Orlandopiratesfc.com asked which match was his standout of the season, Sandilands said: “Black Leopards! This is the match that I remember. It’s not easy playing in Thohoyandou in front of that crowd and in that heat.”