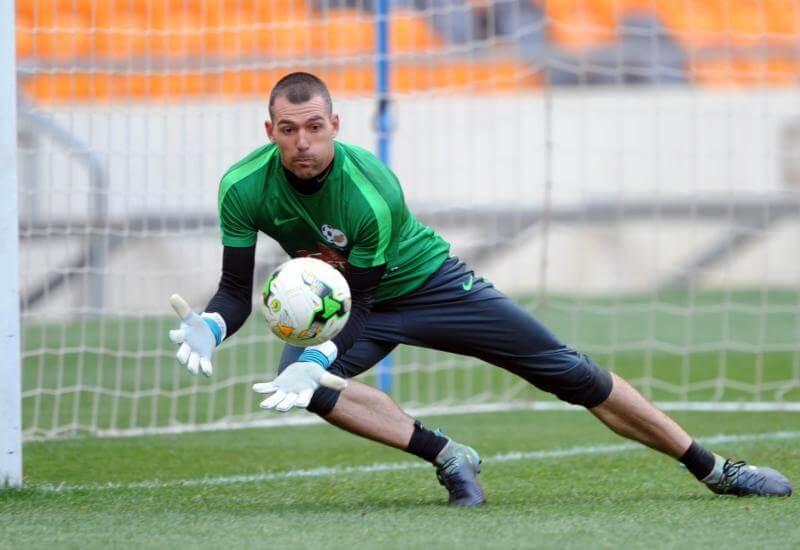 Goalkeeper Wayne Sandilands remains positive of a turnaround in South Africa’s fortunes as they prepare to do battle with Group D leaders Burkina Faso.

Bafana Bafana go into this weekend’s 2018 FIFA World Cup Qualifiers aware that nothing less than a victory will be enough should they want to play any part in the global spectacle in Russia next year.

Stuart Baxter’s side who languish at the bottom of the table with a single point following the home defeat to Cape Verde as well as FIFA ordering a rematch against Senegal, will have it all to do in order to get back to the top of the group. South Africa trail Burkina Faso and Cape Verde by five points with three games left to play.

Despite the mammoth task ahead of them, Sandilands remains optimistic. “The mood in the camp is positive,” revealed the Bucs goal minder. “We have been working really hard and know the importance of this game. Sure, this is a tough match but we are looking forward to the challenge and looking forward to a positive result."

“For now we need to focus on collecting points in the matches that we have control over but we will do so one game at a time. We go into this match (against Burkina Faso) well aware of what is expected from us.”

Tickets for this crucial World Cup Qualifier against the Stallions are still available on sale at Computicket outlets nationwide.The match will be played at the iconic FNB Stadium on Saturday.