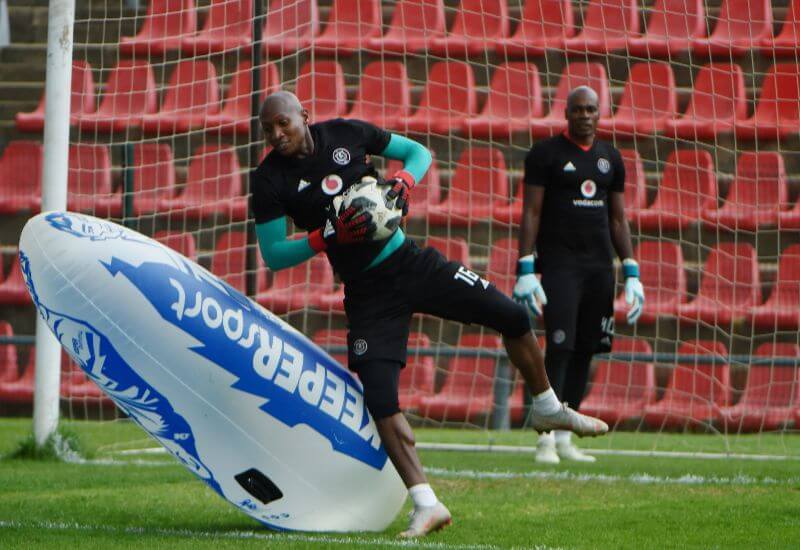 What’s more important in football - scoring goals or not conceding? On one end, there is the school of thought that says: “You can’t win games that you don’t score in”, then on the other side you have the logic which says: “You can’t lose games if you don’t concede”.

Both of these arguments have their merit but which one is more important? With Orlando Pirates taking a mini recess from the league for this weekend, Orlandopiratesfc.com decided to look into this topic in relation to the Absa Premiership.

It’s well known that having a good goal difference is strongly correlated with the position of a team on the log table. The logic is straightforward – a team that scores more than it concedes will most likely win more often than not.

However, there are really two things that go into goal difference: goals scored and goals conceded. So, we might want to ask the question of “What’s better – a team to be very good at scoring goals, or a team with a rock-solid defence?”

In trying to answer this question, we will look at the last 10 seasons in the Absa Premiership.

Of the last 10 seasons, the team with the best defence in terms of goals conceded has lifted the Absa Premiership title on four occasions.

When it comes to the subject of goals scored, a total of six teams have won the league having a superior goal difference over the other 15 league teams.

Although the above numbers look predominantly in favour of the attacking teams, this is slightly skewed by the results of the 2015/16 and 2012/13 seasons where Sundowns and Chiefs dominated in both scoring and defending.

It must be noted that when Pirates won the league in the 2011/12 season, and Bidvest Wits in 2016/17, both teams were neither the best scorers nor best defenders in those respective seasons. However, this still doesn’t answer the question of “which is better – to score or not to concede?”

So we dug a little bit deeper.

Instead of merely looking at the correlation between the goals scored and goals conceded in a particular season, we checked whether there was a relationship between the number of clean sheets and the number of league titles won.

So now that we have established that there is no clear correlation between the number of clean sheets in a season and league success, as well as the fact that goals scored or goals conceded doesn’t always equate to lifting that R10 million cheque, what then can be deduced from the above information?

It boils down to averages, and this has provided more clarity in defining some targets that any championship challenging team should aspire too.

In terms of the key parameters over a 10-month league season, the ones to focus on primarily are: Goals Scored, Goals Conceded and Clean Sheets.

In terms of goals scored, the average has been 49 goals for the team that has won the league over the past 10 seasons, while the average for goals conceded has been 30. The clean sheets average is 14, with the lowest league winning number being the 10 that Mamelodi Sundowns recorded in the 2013/14 season.

So where does the Pirates Class of 2018/19 stand in relation to the above figures?

The Buccaneers have done well so far this season, sitting between first and second place for most of the 2018/19 campaign. However, outside of the current log position we look into where Micho and his charges rank in the league compared to the other teams on the goals scored, goals conceded and clean sheets tallies.

The Soweto Giants lead the pack in the goal scoring department with a total of 25 goals after 17 rounds of matches. This is eight goals better than where they were at around the same time last year.

While it’s positive in attack, the brains trust will have to improve at the other end of the spectrum where the Bucs have been rather disappointing so far this season.

Pirates have only kept four clean sheets in the league so far this year. Only Highlands Park (3), Free State Stars (3) and Black Leopards (2) have kept less clean sheets. Last year during the same period the Buccaneers were already on double the current number, completing eight defensive shutouts.

Furthermore, regarding goals conceded, Pirates have conceded 16 goals so far this season – three more than at the same time last season.

The team with the most clean sheets in the league is Bloemfontein Celtic with nine, while Mamelodi Sundowns have the least goals conceded with eight goals.