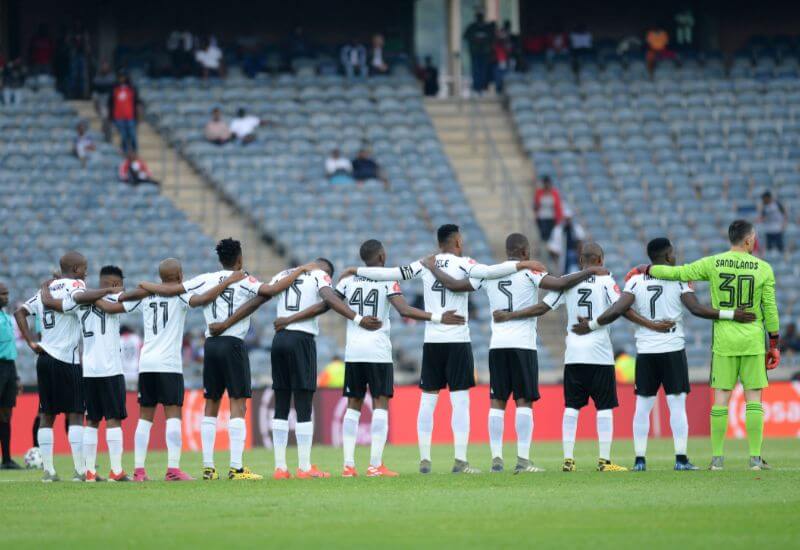 The Nedbank Cup Final between Mamelodi Sundowns and Bloemfontein Celtic played this past weekend brought the curtains down on the 2019/2020 PSL season which had many ups and downs for all sixteen PSL teams that partook in the competition.

Orlandopiratesfc.com takes a look back (in numbers) at what has been for the Mighty Buccaneers this past season:

6 – the longest winning streak of this campaign. Pirates went on to go ten games undefeated in the period from December 2019 to February 2020. Going on to claim the Q-Innovation.

7 - the highest scoring match was recorded in the 4-3 loss to Bidvest Wits at the Moses Mabhida Stadium on the 21 September.

16 – goals scored by Gabadinho Mhango to claim the Lesley Manyathela Golden Boot award. He scored a total of 17 goals in all competitions.

20 – the youngest player to feature in the Pirates squad this season was Thabiso Monyane who went on to make 18 appearances.

40 – total number of goals scored in the league. This is the third highest tally behind Kaizer Chiefs (48) and 43 shared between Mamelodi Sundowns, Bloemfontein Celtic and SuperSport United.

2 430 – the most minutes registered by a player in the squad belongs to Wayne Sandilands, in second place its captain Happy Jele who has 2401 minutes, making 27 appearances out of a potential 30 in the league.