Shonga delighted to be off the mark 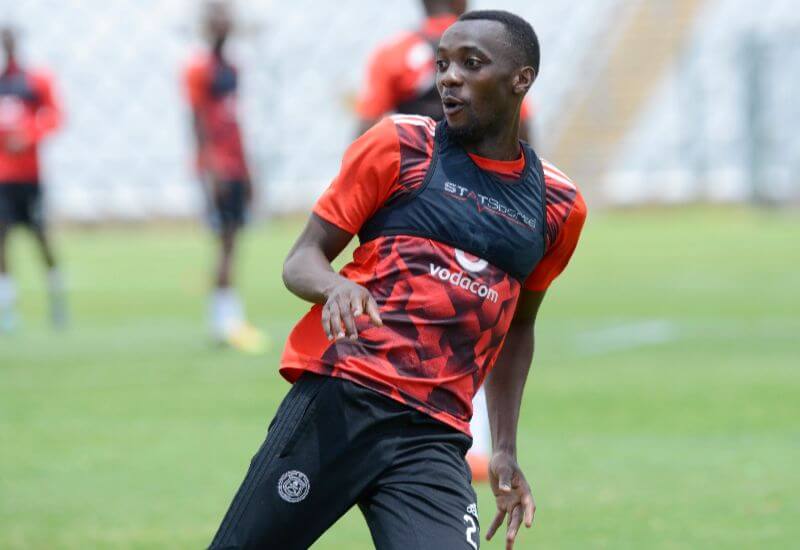 Striker Justin Shonga has expressed his delight after scoring his first goal for the club. The 21-year old scored his debut goal with a sublime header in Orlando Pirates’ 2-0 win over Platinum Stars over the weekend.

“I’m pleased to finally be off the mark for my team,” said Shonga. “It feels really good because I’ve been working hard and pushing myself. My team-mates have also been pushing me and the coaches have shown faith in me by giving me game time so I just had to deliver. I’m very happy.”

Shonga, who joined the club in September last year, has also heaped praised on Micho Sredojevic and his technical team for assisting in his transition to his new environment.

“The coaches are good because when they show trust they go all in. They constantly tell me that ‘I can do it’ and they back that up by giving me the opportunity. I have to repay that faith with my performances. I’ve settled down well into the new surroundings and have quickly adapted to the team’s style of play, thanks largely to them.”

As Shonga’s stock continues to rise it’s only a matter of time that comparisons are drawn between the young sharp-shooter and former Bucs players in the same position. In Shonga’s case it will most likely be the comparison of countryman and former Bucs legend Denis Lota. Chesa Mpama, as he was affectionately known amongst the Bucs faithful, was known for his appetite for goals. The Zambian international currently holds the record for the most goals scored in a single season for the club with 23 goals scored in the 1998/99 season.

Shonga has big shoes to fill if he is to reach the heights of Lota but the young Zambian international is looking forward to walking the same footsteps as the Bucs legend.

“I can’t compare myself to Denis Lota, what a player! I have a great deal of respect to what he and other Zambian players did for this club and for Zambia as a whole. For me, the important thing is to honour him in my own way because football back then was a bit different to how it is now. What’s consistent though is the need to work hard, I just need to keep pushing. I know that if I can get close to what he did then I will be happy and leave a similar legacy, but I also know that if I get close to his goal tally, then maybe I can even pass that record number. But it needs work and dedication.”

“I give credit to all the Zambian footballers that played for this Club. The Denis Lotas, the Isaac Chansas. They gave their best and now have good reputations and a strong legacy. They have showed everyone that Zambia has talented footballers and it opened the door for guys like me.”