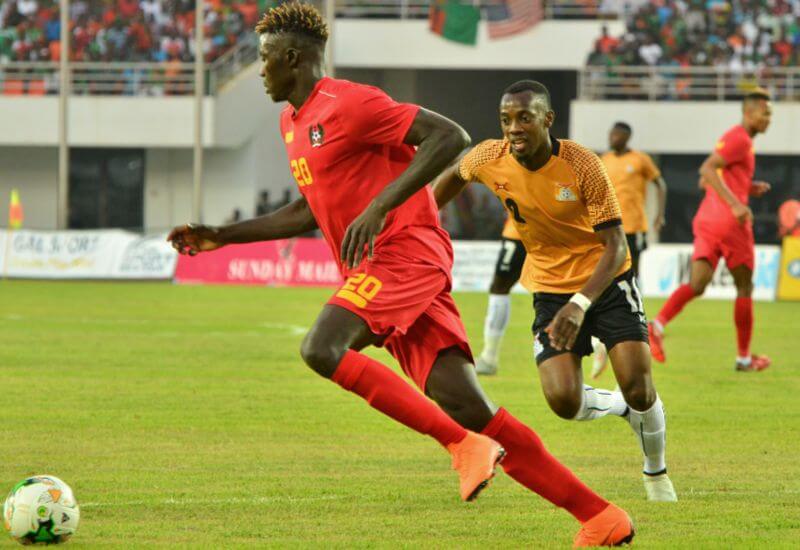 Justin Shonga scored his second goal in successive matches for Zambia, however the Bucs man’s strike would not be enough as Chipolopolo lost 2-1 in a CAF African Cup of Nations Qualifier against Guinea-Bissau over the weekend.

Zambia were meeting Guinea-Bissau for the second time in four days when they locked horns in Bissau. With Chipolopolo winning their first match of the group stages last week, Shonga and company were confident of a second successive victory against the hosts.

Shonga netted the opening goal of the match with a splendid free kick on the edge of the box, however, instead of building on that lead the visitors would suffer an early setback in the second half with defender Stoppilo Sunzu scoring an own goal. Guinea-Bissau went on to score the second with Tony Silva rising highest to head home the winner.

The Djurtus, as Guinea-Bissau are fondly known, move to the top of the table with this victory with seven points.

Shonga and teammate Augustine Mulenga who also featured in the match will next face Mozambique. This match will be played in November.

Focus shifts back to league