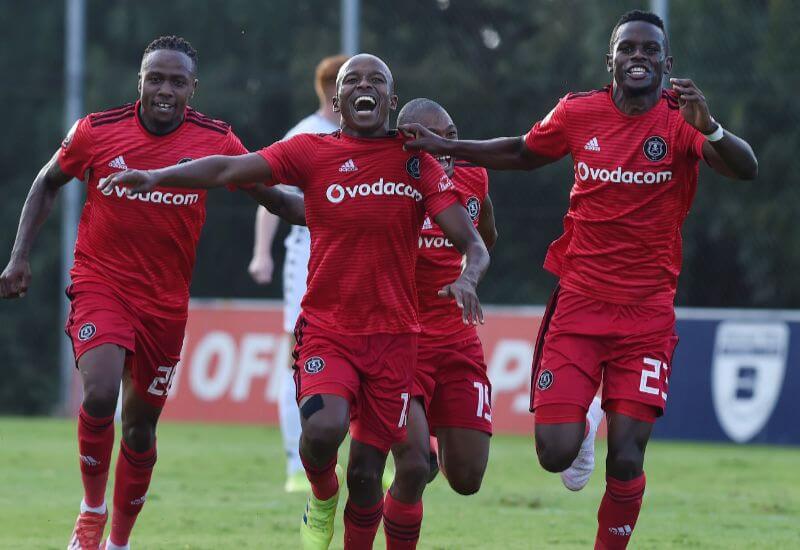 Orlando Pirates grabbed a crucial win after defeating Bidvest Wits 1-0 in an Absa Premiership encounter played at the Bidvest Stadium on Saturday afternoon.

The visitors came to Bidvest Stadium desperate to collect maximum points and keep up the pressure on log leaders Mamelodi Sundowns who were away on CAF duty, however a victory at this stadium had not been achieved by the Buccaneers since 2013.

The game started much in favour of the Clever Boys who dominated proceedings for most of the first half, with Gabadinho Mhango a constant thorn in the side of the Bucs defence.

The Malawi international tormented the right flank marshalled by Mthokozisi Dube however fortunately for the visitors, most of the threat was either thwarted by the defence or saved by goalkeeper Wayne Sandilands.

Wits and Pirates were locked at 0-0 at the interval with the hosts the happier side based on the overall performance in the first stanza.

In the second half Terrence Dzvukamanja came close to scoring in the 68th minute for Gavin Hunt's men - who still had the visitors on the back foot - when the Wits attacker was on the end of a cross, yet his volley narrowly missed the target much to the relief of Sandilands.

Both teams launched attacks in the closing stages of the encounter but neither team really threatened. With moments to spare and as the game looked to end in a stalemate, Pirates were awarded a free kick on the edge of the box. Up stepped Luvuyo Memela who saw his cross deflected into the back of the net, with Keegan Ritchie scoring an own-goal in the last minute of the game.

With this victory the Buccaneers move into first place ahead of Sundowns on goal difference.