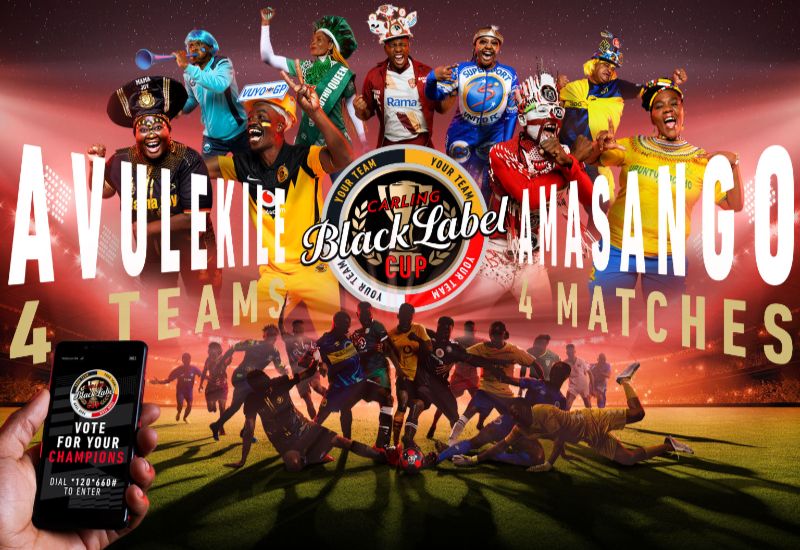 Orlando Pirates will square off against rivals Kaizer Chiefs in their opening game of the Carling Black Label Cup, following the confirmation of teams that will be involved in the one-off tournament later in the year.

The competition is set to get underway on Saturday, 12 November at FNB Stadium in Soweto, with four top flight teams taking part on the day’s proceedings as determined by a fan vote.

After the final tally, the Buccaneers emerged among the top four, second only to their Soweto rivals, as Mamelodi Sundowns and AmaZulu made up the rest of the available spots.

The subsequent semifinal draw has served up an enticing Soweto Derby encounter, with the two fierce rivals set to battle it out for a spot in the final that will kick off later that same day.

It will be a repeat of earlier incarnations of the pre-season tournament of the same name, which featured the two Soweto Giants in a one-off fixture, with fans determining each side’s match day squad.

The action gets on the way at 9:30 with Sundowns and AmaZulu locking horns before Pirates meet Chiefs in the highly-anticipated second semifinal which kicks off at 12:00 . This will be followed by a third and fourth place penalty playoff before the final kicking off at 17:00.

Match day tickets can be purchased at Computickets and Ticketmaster outlets, with a single ticket granting access to the entire tournament.

Bucs Starlets in SA Under-20 Squad for COSAFA Championship