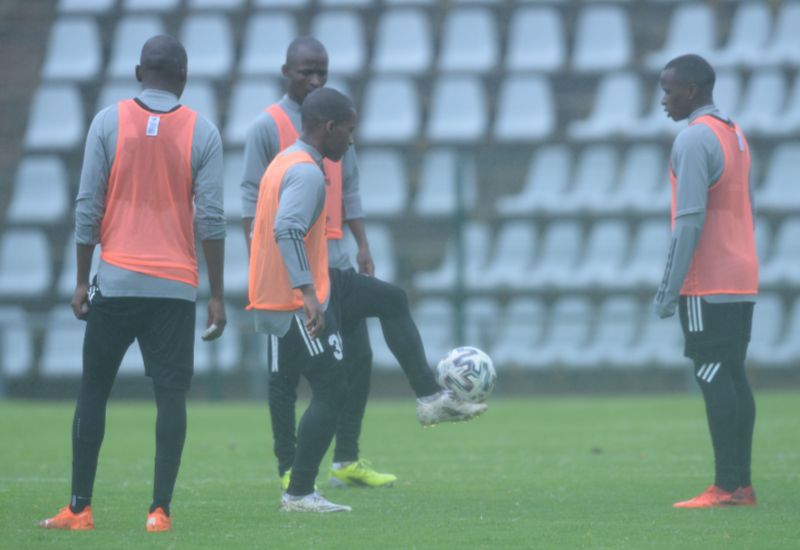 All eyes will be locked on Orlando Stadium this weekend when the country's biggest football clubs, the Mighty Buccaneers and Amakhosi, do battle in another edition of the famous Soweto Derby.

Both teams come into this encounter on the back of uninspiring performances. The Soweto Derby provides the perfect platform for both teams to jumpstart their league championship aspirations.

There are a number of key areas on the pitch that are set to determine the outcome of this storied fixture on Saturday. Orlandopiratesfc.com takes a look at four potentially decisive head-to-head match-ups across the field.

Plenty has changed in both camps since these two sides met in the MTN8 Cup semifinal earlier in the season, and perhaps the most significant change for the visitors is the availability of Samir Nurković.

The Serb has been heavily involved in his side's resurgence since his return, and will no doubt ask questions of the Bucs' defence on Saturday.

As for the hosts, Happy Jele is back in the fray having missed both MTN8 clashes against Chiefs. Jele, who is no stranger to playing the big games, will battle it out against Nurković and his partner-in-crime Leonardo Castro.

The duo's experience will be vital in marshalling the defence, and making sure things remain tight at the back will be key.

The life of a fullback requires tireless work in both halves of the field, and such will be asked of Pirates rising star Bongani Sam.

The 23-year-old left-back has been impressive on his return from injury and will be keen to continue his good form over the weekend.

While you can expect Sam to cause trouble for Amakhosi down the left flank - delivering his signature pin-point crosses - he might also be required to shut down the dangerous Dumisani Zuma, who has had an impressive run of his own in the starting eleven. He too has been out for some time because of an injury.

Injuries may have ravaged the Pirates striking department in recent weeks but Josef Zinnbauer's squad is not short of goal threats.

One such player is Thembinkosi Lorch, who has already found the net against the Glamour Boys this season.

However, he will not be expecting a smooth path to glory, with the opposition also boasting a rock-solid defence. In Eric Mathoho, Chiefs have a player who usually rises to the occasion in big games, and it will take Lorch to be at his best on the day, if he is to get one over the lanky defender.

Keen interest is often reserved for what transpires on either end of the park, but midfield battles can be just as tantalising as the best of them.

One potential dogfight fans from both camps will be eager to see is one between two of the youngest players likely to be on show on Saturday in Azola Tshobeni and Chiefs' Nkosingiphile Ngcobo.

The diminutive duo have competed in the Multichoice Diski Challenge version of the Soweto Derby, represent the future of both clubs.