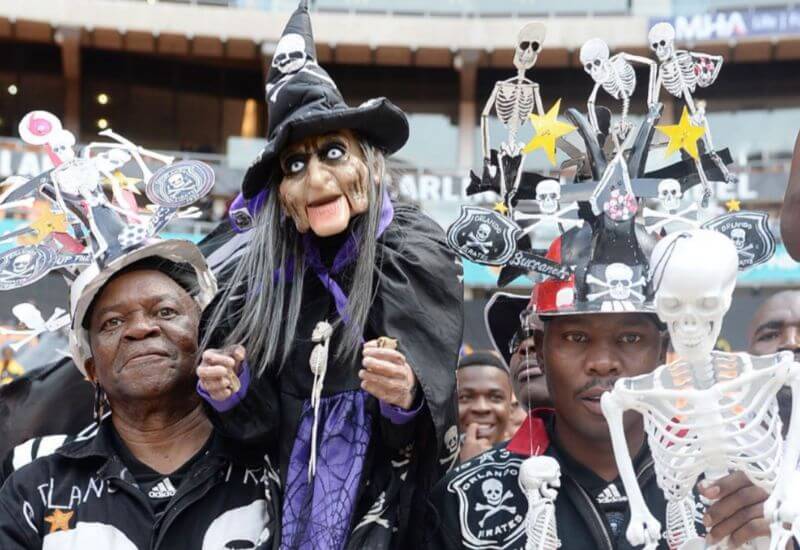 The matchup between South African giants Orlando Pirates and Kaizer Chiefs over the weekend further demonstrated the strength of the Soweto Derby as a sporting spectacle.

Every time the Soweto Derby comes around the naysayers are quick to give reason as to why this match is no longer the marquee match of the season and how it has lost its appeal.

Those that attended the spectacle and the millions more who watched on TV witnessed an entertainment-filled event which produced 4 goals in what was the 44th instalment of the Soweto Derby in the Premier Soccer League era.

Here are the significant numbers for this past derby:

1 – This was Micho Sredojevic’s 1st win in the Soweto Derby as a Pirates coach in three previous meetings.

2 – The number of Soweto Derby debutants for Orlando Pirates on the day. Midfielder Xola Mlambo making his first full debut while Augustine Mulenga came off the bench to make his first start in Bucs colours.

3 – Back in January when the Club chairman Dr Irvin Khoza was celebrating his 70th birthday, it was the number 27 which was special on the day for the Buccaneers. 27 was the minute of the opening goal, scored by jersey number 27 worn by Justin Shonga on the 27th of January.

Over this past weekend it was the turn of Special number 3. Pirates’ opening goal of the match was scored by jersey number 3 Thembinkosi Lorch, in what was his 3rd goal of the year in Pirates’ 3-1 win over 3rd placed Kaizer Chiefs on the 3rd day of the 3rd month of the year.

6 – The Class of 2018 still has 7 matches to play and yet they have already surpassed the total points tally of last season’s team by 6 points. Micho Sredojevic’s team has collected 39 points so far this season – 6 more than what Pirates collected in the entire 2016/17 season.

10 – This was Pirates’ 10th win in the league against Kaizer Chiefs in 44 previous outings in the PSL era (since 1996). Chiefs have won 11 times and there have been 23 draws. The Buccaneers have not lost to Amakhosi in the previous 7 meetings with the last victory for the Bucs rivals coming on 6 December 2014.

86 314 – the official attendance figure for the Soweto Derby on Saturday. That is about 30 000 more supporters than those that watched the English Premiership clash between Manchester City and Chelsea which was played the Etihad Stadium on Sunday.