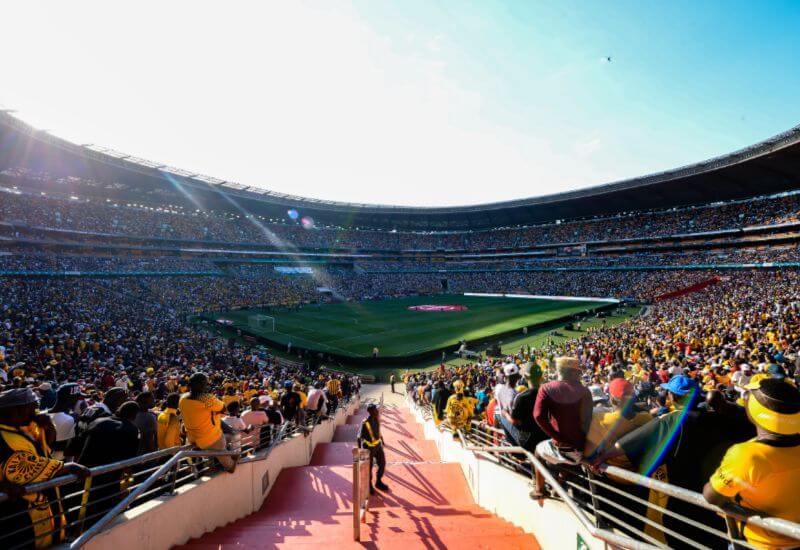 The Soweto Derby is alive and well! Any contrary view to this statement requires thorough examination via VAR.

The matchup between South African giants Orlando Pirates and Kaizer Chiefs over the weekend further demonstrated the strength of the Soweto Derby as a sporting spectacle.

Barring the Camp Nou which hosted the El Clasico (93 265) last night between FC Barcelona and rivals Real Madrid, the FNB Stadium had the second highest attendance numbers than any other stadium that held a sporting event globally this weekend.

Not even the NFL matchup between the Philadelphia Eagles and the Jacksonville Jaguars which registered a record attendance figures of 85 870 at Wembley Stadium, came close to the numbers that congregated to FNB Stadium. Nor the clash between Brazilian footballing giants Flamengo and Palmeiras which was played at the Maracana Stadium could beat the derby figures – the Brazilian clash recorded an attendance of 76 456.

Here is a look into the rest of the numbers of the Derby of this past weekend:

9 – years the last time Pirates recorded back-to-back victories against Chiefs. Last time this was achieved was back in May 2009.

10 – the number of consecutive matches Orlando Pirates have remained undefeated against rivals Kaizer Chiefs. The last time the Buccaneers lost to Amakhosi was 6 December 2014.

23 – the years the last time a team that conceded first in a derby went on to win the match. The last time this happened was in 1995 and ironically it was Pirates who would achieve this feat with striker Bruce Ramokadi netting the winner.

40 – total wins for Orlando Pirates against rivals Chiefs in the history of the Derby. There have been 165 derbies to date since 1970.

87 353 – the number of people who witnessed the Derby on Saturday afternoon.