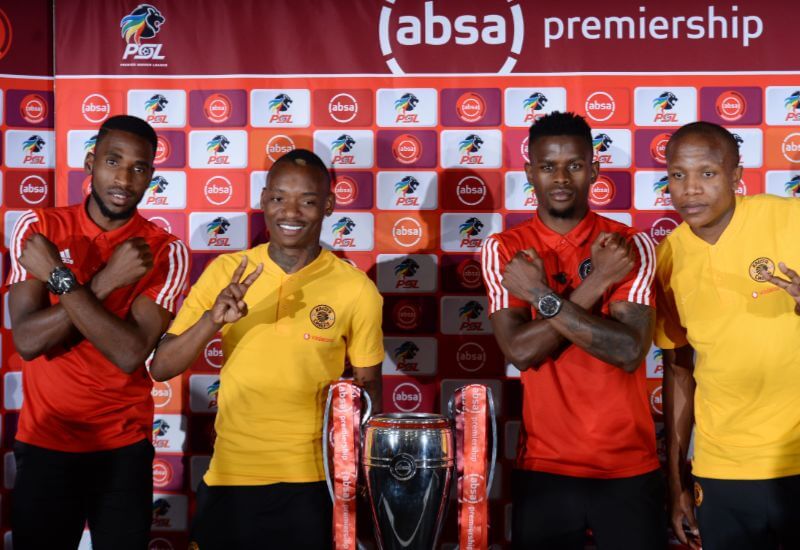 It's another instalment of the biggest match in South African soccer calendar, with Orlando Pirates visiting Kaizer Chiefs for yet another testing encounter, this time in the form of the Absa Premiership which will be played at the FNB Stadium on Saturday.

The two sides meet for the second time in the space of a week, after doing battle in the Telkom Knockout in Durban last Saturday.

This time there's three points on the line, and although the league is more of a marathon and not a sprint; the visitors will come into this encounter well aware of the task of not allowing the current log leaders to stretch their lead beyond where it currently sits.

The Buccaneers are sitting in seventh place with 13 points collected after 10 matches while Amakhosi have 25 points having played the same number of games.
The last time these two sides met; the thrill-a-minute affair saw the match go all the way to penalties to determine the winner. The Buccaneers showed grit and determination after going a man down following a red card to Mthokozisi Dube.

And despite the match ending in a penalty shootout defeat, coach Rhulani Mokwena should be inspired by what his players displayed on the day despite going a man down but still being able to go toe to toe with their rivals for close to 70 minutes.

Chiefs come into this encounter as the hot favourites based on their current form. Ernst Middendorp’s charges have recorded five straight league wins, netting nine goals in the process but what has been central to their early season success has been their miserly defence which has seen them keep a clean sheet in all five league encounters.

However, despite this, form counts for nothing when it comes to the Soweto Derby as the Buccaneers showed in the Cup clash last week where they netted twice past a Amakhosi defence that last conceded in a league match at the hands of Polokwane City in September.

The Sea Robbers go into this fixture carrying the underdog billing however they will fancy their chances of getting a positive outcome, having dominated the Absa Premiership Soweto Derbies in recent years with their last defeat having been in 2014.

Since then, the two sides have played nine league matches with the Buccaneers winning three while six of those clashes ended in stalemates.

In the victories that Pirates registered they found the back of the net eight times while conceding only three goals.

Khama Billiat: The Zimbabwean international loves the big occasions and there is no bigger occasion than the Soweto Derby. Billiat is a player that keeps any defence on its toes due to his probing nature in the field of play. The 29-year old is very clever at exploiting gaps and space left by defences like he did in the Telkom Knockout which led to Chiefs’ equaliser in the second half. He is also a player that is key in the way Chiefs play their quick transition game. The recent form of Dumisani Zuma will also have likely motivated Billiat to want to prove to the coach that he is the rightful man for that position.

Leonardo Castro: With Samir Nurkovic having played 90 minutes in their 2-0 win over Chippa United during midweek it looks more likely that the man Middendorp will rely on for height up front will be Leonardo Castro. The Columbian marksman has a knack for finding the net against the Buccaneers, as displayed once more in the most recent derby.

Judging by the performance of Zuma during the week OPFC.com predicts a possible change in the attacking trio; with Middendorp opting for more mobility upfront with Castro flanked by Billiat and Zuma.