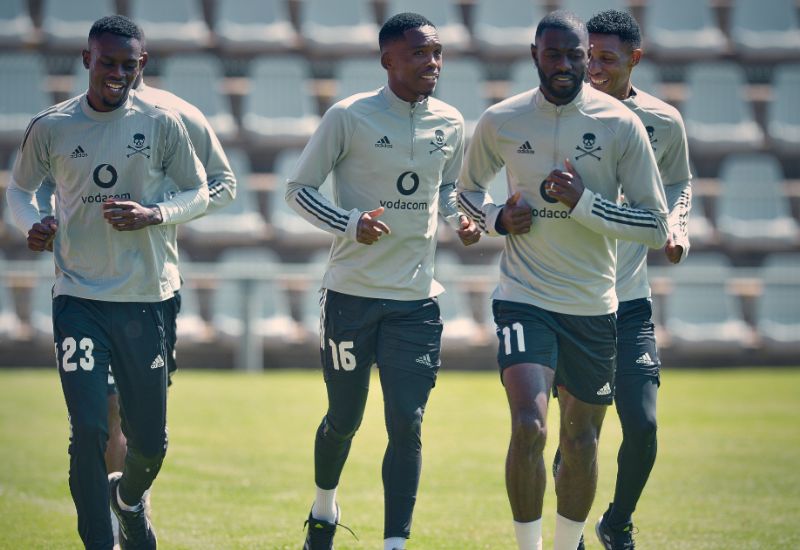 FNB Stadium will once again command the attention of the nation, as it plays host to another edition of one of the world's biggest football rivalries, the Soweto Derby between Orlando Pirates on Sunday at 15:00.

It is a special edition of this iconic fixture, with the two Soweto Giants engaging in a league encounter for the 100th time in their rich history.

Coming into this particular fixture amid a good run of form, the Buccaneers currently occupy third place in the DStv Premiership, having won three of their last four outings, with an away draw against Supersport United the only blemish in their record.

Across competitions, the Buccaneers have gone ten matches unbeaten, registering eight victories in the process.

The hosts, on the other hand, have struggled in terms of form, going six matches without a league victory.

However, as followers of the Soweto Derby will know too well, form often has no bearing on the outcome of this famous fixture, and the Buccaneers know not to underestimate their bitter rivals.

The occasion presents the visitors an opportunity to clinch a fourth successive win over the home side across competitions in the current season.

The rivalry resumed earlier in the campaign with a two-legged MTN 8 semifinal, where Pirates won both home and away to register a 5-0 aggregate score on their way to clinching the title.

This was followed by a 2-1 league triumph at Orlando Stadium, with Thembinkosi Lorch and Siphesihle Ndlovu each finding the target for the Buccaneers ahead of a late strike from Chiefs defender Daniel Cardoso, setting up a tense finish.