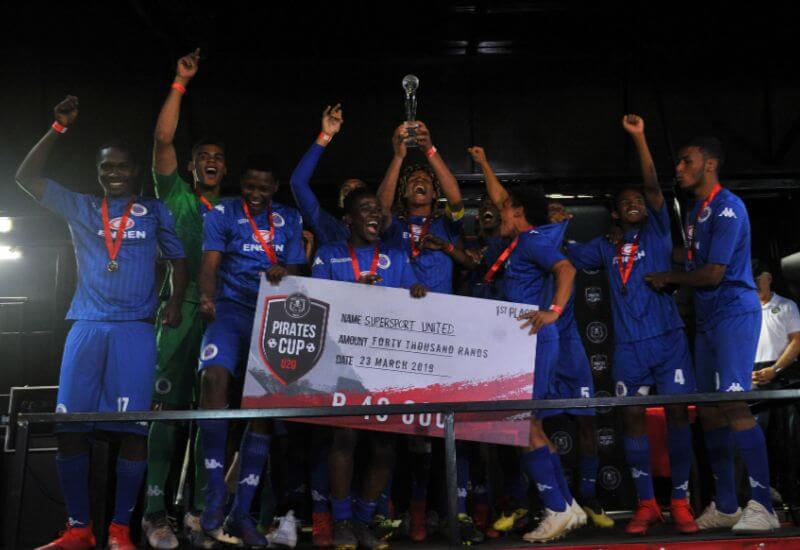 SuperSport United have won the 2019 Pirates Cup courtesy of a 1-0 win over defending champions and hosts Orlando Pirates at the Marks Park Sports Grounds on Saturday afternoon.

Matsatsantsa grabbed victory in the second half from the penalty spot after young starlet Azola Tshobeni was adjudged to have handled the ball inside the box.

However, despite failing to win the tournament for the fourth consecutive time the Buccaneers can be proud of hosting yet another successful event which saw it increase in size from 24 teams last year to 40 this year.

With this win, United bagged a cool R40 000 while Pirates collected R20 000 and Highlands Park R10 000 for their third place finish after defeating TS Galaxy in the 3rd and 4th Playoff.

Orlando Pirates Football Club would like to thank all the teams that participated in this year’s event. Without you, this tournament wouldn’t have been possible.

We look forward to hosting you again next year as we aim to go even bigger and better.