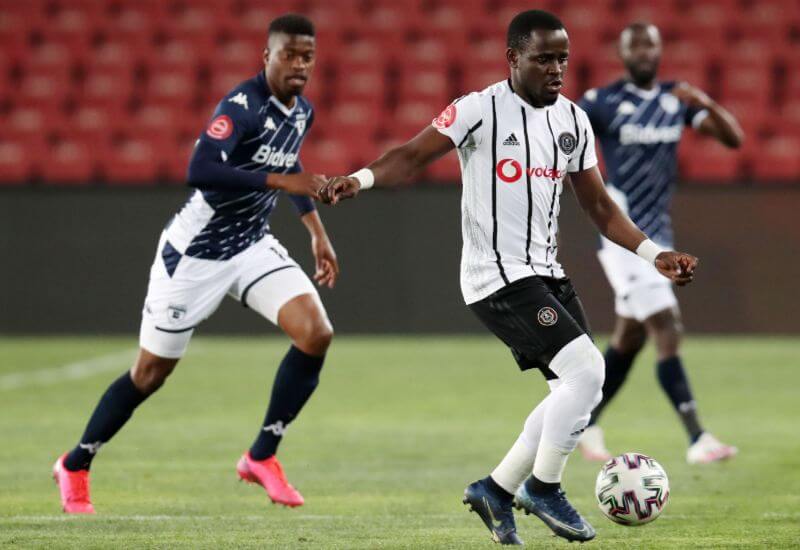 Orlando Pirates were again held to a goalless draw, this time by Bidvest Wits at Emirates Airline Park on Saturday.

The encounter was the third in all competitions this season between the two sides, with the previous encounters dishing up a combined 13 goals.

Searching for nothing less than maximum points, as coach Josef Zinnbauer stated in the pre-match interview, the Buccaneers exerted early pressure on their opponents, winning two corners in quick succession inside the first four minutes.

However, nothing came off the set-pieces, but they were soon awarded a free-kick, which resulted in their first real chance of the game in the fifth minute, where Innocent Maela's header inside the box was too light a touch to deflect the ball into the back of the net.

Former Wits player, Vincent Pule disrupted a quiet period with a stinging shot in the 21st minute after cutting in from the right flank, forcing a superb save out of Ricardo Goss.

There was a chance too at the other end, with Haashim Domingo threading a pass through to Terrence Dzvukamanja, but the Zimbabwean was marshalled by Ntsikelelo Nyauza who snuffed out the threat.

Goss was again called upon in the 32nd minute when Pule hared down the right, beating Lorenzo Gordinho to force the keeper out of his line. However, the Buccaneer's attempt at goal from a tight angle crashed into the side-netting.

Pirates almost found themselves heading to the break trailing when Domingo was left unmarked in the box, but his header rolled wide of the target.

Just like the first half ended, the second almost got off to a nightmarish start for the Bucs after the defence failed to deal with a cross, allowing Domingo another shot at goal. The danger was averted when Wayne Sandilands made a block, followed by a clearance from Nyauza.

In the 68th minute, Gabadinho Mhango came agonisingly close to a 15th league goal, but his shot from point-blank range was kept out by Goss, who made a stunning save.

Pule almost put the Buccaneers in the lead with a spectacular effort soon after, when he caught the ball on the full and fired a shot which sailed wide of the target.

Second-half substitute Kabelo Dlamini also attempted to put Pirates ahead when he shot from range, with Goss diving low to make the save.

The former Bloem Celtic midfielder could have stolen it towards the end for the hosts when, after some silky touches in the midfield, he released a snapshot which caught the keeper flat-footed, but rolled wide.

It proved yet another frustrating night for Zinnbauer's men, who had to settle for a second consecutive stalemate.