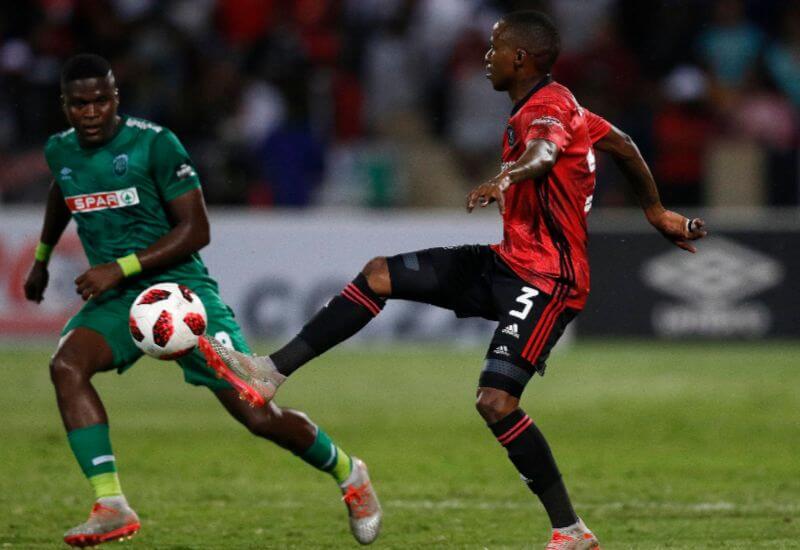 Victory continues to elude Orlando Pirates, who were held to a goalless draw by AmaZulu in the Absa Premiership at the King Zwelithini Stadium on Tuesday night.

The Buccaneers went into the game looking to break a dreadful streak of three defeats on the bounce, and in search of a confidence boosting win with continental football looming over the coming weekend.

Their intent was clear from the beginning, with Vincent Pule and Thembinkosi Lorch combining well down the right flank, before the latter found Gabadinho Mhango in the box. Unfortunately, the Malawian international could not keep his shot down as the ball went sailing wide.

Usuthu got even closer to breaking the deadlock, with Siyethemba Sithebe's shot from range got the better of Wayne Sandilands, before rattling the woodwork.

The posts would intervene once more, this time denying Pirates, when debutant Siphesihle Ndlovu's cross was flicked towards goal by Pule, but came back into play as it bounced off the upright.

The Bucs were finding rhythm halfway through the first half, and Xola Mlambo was next to ask questions of AmaZulu goalkeeper Neil Boshoff, who was well-positioned to deal with a stinging shot from the midfielder on the edge of the box.

Seconds later, a chance fell to Mhango, who ghosted past two of his markers, but the final ball let him, with an opportunity going begging for the visitors.

The first half ended with a nervous moment from the Buccaneers when Sibusiso Magaqa got the better of Paseko Mako, and was almost clear on goal, but for a brilliant piece of cover defence from the pact Asavela Mbekile, who covered much ground to clear the danger.

Both sides went into the break deadlocked at 0-0.

Just as they did in the first 45 minutes, the Buccaneers had yet another surge into the opposition half early on, and it could have proven decisive as Pule ran into a cross from Mbekile, but could only sky his effort.

Just after the hour mark, the hosts came to life with Sandilands, who had little to do compared to his opposite number, peppered with a succession of long-range shots, with none troubling the scoreboard.

The most threatening of those came from New Zealand international Andre de Jong, who made enough space from himself at the edge of the box and pulled the trigger but the Buccaneers shot-stopper pulled off what was undoubtedly the save of the game to deny him.

Play was concentrated in the Pirates half towards the end of the game, but the visitors were determined to finish strongly with a late foray into Usuthu territory. Their efforts yielded no results as the hosts kept things tight at the back, satisfied to walk off with a point.

The results sees an end to the Buccaneers' losing run, ahead of the crucial CAF Champions League home encounter against Green Eagles on Saturday.