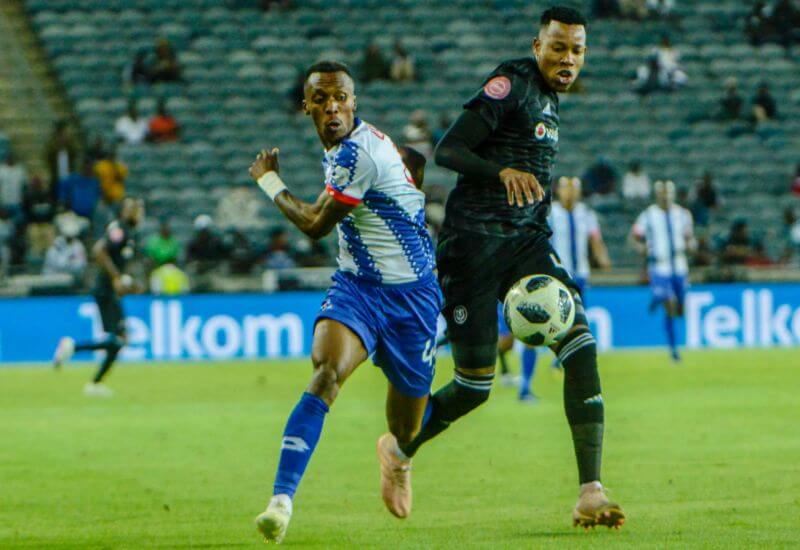 Orlando Pirates were held at home to a goalless draw by Maritzburg United, in an Absa Premiership encounter played at the Orlando Stadium on Saturday night.

It was a case of two points dropped more than one point gained for a Pirates side looking to continue their winning ways, however they settled for a draw and stretched their unbeaten run to 13 games in all competitions.

The result leaves the Buccaneers in first place on 24 points from 14 matches.

Pirates dominated from the early minutes and should have taken the lead in the 12th minute with Justin Shonga through on goal by a brilliant pass from countryman Augustine Mulenga, but the forward’s first-time shot was well saved by goalkeeper Richard Ofori.

The Ghanaian goalkeeper was on hand again in the 18th minute, tipping Thembinkosi Lorch’s well-struck shot from a tight angle over the crossbar.

Maritzburg gradually began to work their way into the game, with Yannick Zakri particularly impressive, though it was his fellow forward Andre Fileccia who nearly caught Siyabonga Mpontshane napping with a deflected shot which narrowly missed the target in the 29th minute.

On 38 minutes the hosts were but a few inches away from claiming the lead, with the overlapping left wingback Innocent Maela firing a cross-shot onto the outside of the near post, with Ofori well beaten.

It proved to be the last chance of an entertaining and eventful – but goalless – first half.

The early stages of the second stanza saw the defences very much on top, with chances harder to come by compared to the first half. United looked to spark something in their attack with the introduction of Keletso Makgalwa in place of Zakri, whose influence waned after the restart.

Makgalwa soon made his presence felt, teeing up Deolin Mekoa for a long range shot in the 75th minute – the left-footed effort had the beating of Mpontshane in the Buccaneers’ goal, but rebounded off the woodwork and away to safety.

In the final minute of regulation time the Team of Choice created the best chance of the game, with the ball falling for Rushine De Reuck with a clear sight of goal, but he only succeeded in sending his shot straight into the arms of the ‘keeper.

The teams will return to Absa Premiership action in a week and a half, with Pirates away to Free State Stars on December 11 and Maritzburg hosting Black Leopards the following day.