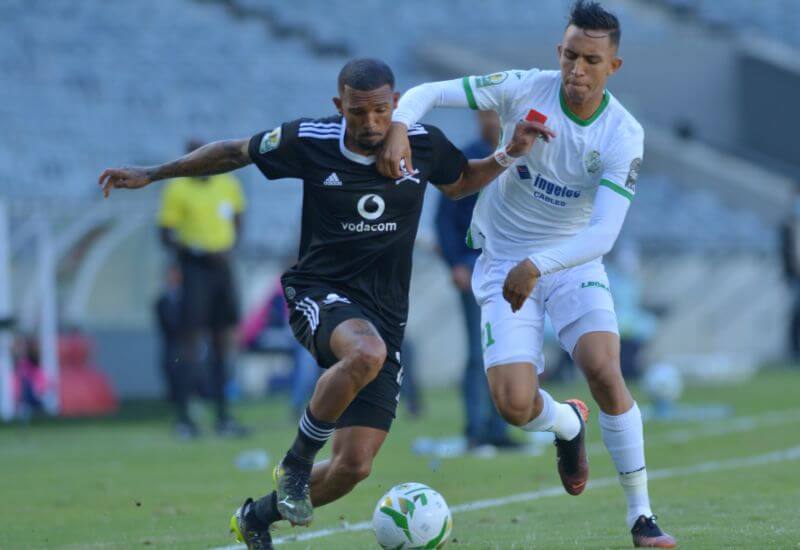 Orlando Pirates will have it all to do in the second leg of their CAF Confederation quarterfinal tie against Raja Casablanca after being held to a one-all draw at Orlando Stadium on Sunday.

The Buccaneers headed into the tie as underdogs against a side that has won all their previous fixtures in the competition without conceding a single goal.

Not overawed by the occasion, nor the proven pedigree of their opponents,  the Soweto Giants gave an assured display early on, dominating the early exchanges.

They made a few surges into the visitors’ half, with the best chance early on falling to Wayde Jooste, who came in from the right flank before delivering a cross, which nearly snuck in at the near post.

The North Africans grew into the game around the halfway mark of the first period, and Bucs keeper Wayne Sandilands got a first feel of the pace of the contest when he was tested by Soufiane Rahimi from the edge of the box.

The hosts continued to probe, with Deon Hotto almost getting on the end of a fine cross from Jooste, but erring in the timing of his run.

The wait for the opener was however not too long after that as Vincent Pule came through with the goods, pouncing on some lax defence to chip one into the back of the net just six minutes from halftime.

After the first half ended with Pirates enjoying most of the possession, things were a bit more even in the second half, as the visitors sought the important away goal.

The pressure told in the 60th minute when Ben Malango was played through for the equaliser.

The Bucs almost responded immediately, when Pule found himself in a position to volley towards goal, but his shot was comfortably dealt with by Raja keeper, Anas Zniti.

Despite most of the action in the closing stages happening in their half, Pirates had an opportunity to regain the lead when second-half substitute Paseka Mako cleared the goalminder, but had no teammates ready to gather the ball inside the box, resulting in an easy clearance for the defence.

That would be the game, as Raja carry a crucial away goal into their home leg, while the Buccaneers might have to inflict a rare defeat on the Green Eagles at the Stade Mohammed V in a week’s time.