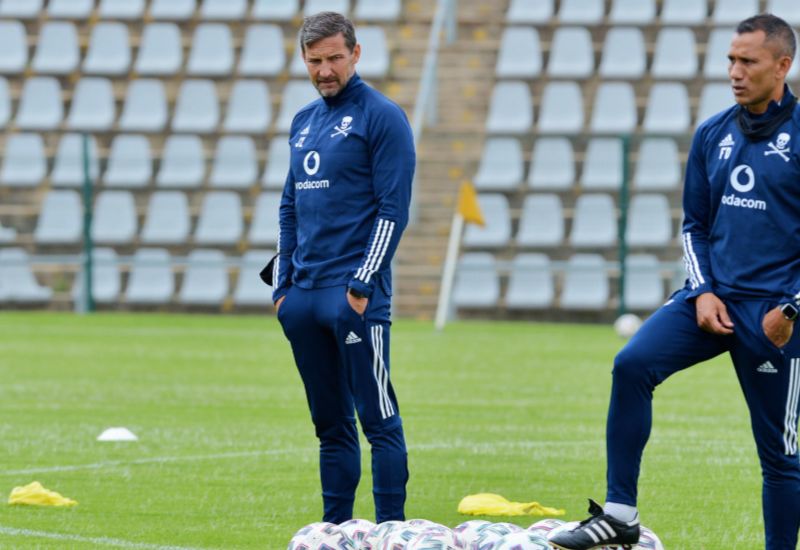 A rivalry that has endured the duration of the Premier Soccer League (PSL) era takes centre stage once more on Wednesday, as Orlando Pirates lock horns with SuperSport United at Lucas Moripe Stadium in Atteridgeville.

This encounters’ first edition since the remodeling of South Africa's top professional leagues took place in Week 5 of the inaugural PSL season.

Since then, many fierce battles have been fought by these two sides, and Wednesday's encounter will be their 50th league clash.

For the Buccaneers, who are the visitors on this occasion, the trip to Atteridgeville presents a chance to register their 20th victory over Matsatsansa, who have beaten them 17 times, with 13 games ending in a draw.

Until last season's PSL bubble, the two sides were locked at 17 wins apiece, but the Sea Robbers have since pulled away with two 2-1 victories in as many matches.

Only two goals are needed today for this to become the highest-scoring fixture in the PSL era.

Currently, the net has rattled 117 times in matches between these two sides. Only the Tshwane Derby between SuperSport and Mamelodi Sundowns has produced more, with 118.

In the last 22 meetings between the Soweto Giants and their Tshwane counterparts, 49 goals have been scored, with the Bucs claiming 25 to edge their rivals, who account for the other 24.

Despite the competitive nature of this fixture, both sets of players have often kept things on the field relatively clean in recent times.

It has been over six years since a player was last shown red, and that was United's Roscoe Pietersen, who was sent packing when the two sides met in Polokwane in November 2014, a match where the Soweto Giants went on to win 2-1 with Sifiso Myeni netting an injury-time winner.

The last 12 encounters since then have been largely incident-free, with no red cards presented.