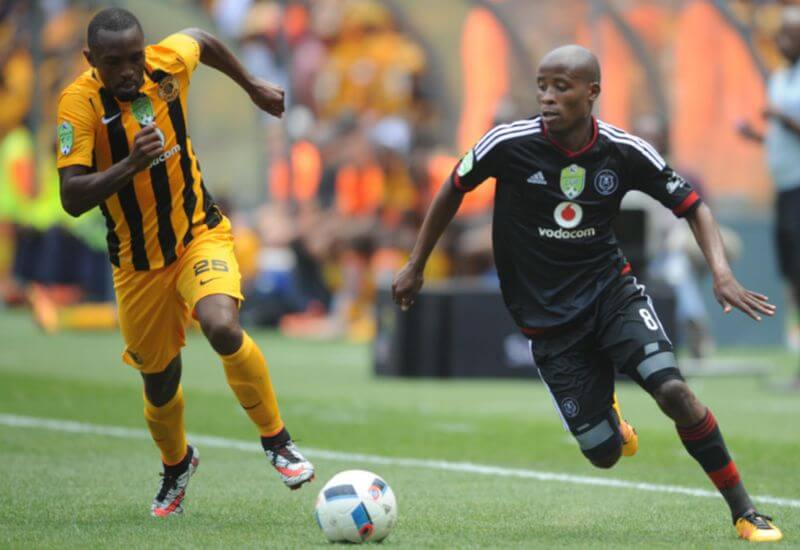 After seven amazing years with us, we bid farewell to our future Hall of Famer.

Everyone at Orlando Pirates Football Club would like to express the enormous gratitude to Thabo Matlaba and wish him the very best of luck for the future.

Thabo joined the club in January of 2012 as a relative unknown but his larger than life character quickly shone through.

“I know some people were asking ‘who is Thabo Matlaba’ and maybe some people undermined my capabilities after coming from a small team like Free State Stars. So playing like I did against Maritzburg also gave me opportunity to prove that I can play for a big team like Pirates,”is what he said after helping Pirates beat Maritzburg United 1-0 in his debut game for the Buccaneers.

From that match, Festival, as he is affectionately known, went on to establish himself as a regular feature at left back.

Pirates went on to secure the treble that year with Thabo playing alongside the likes of Benni McCarthy, Lucky Lekgwathi and Siyabonga Sangweni.

Thabo went on to even captain the Mighty Buccaneers as well as play in both the CAF Champions League and Confederations Cup finals; and also lift more silverware in the form of the Nedbank Cup in 2014.

There are no words to fully express the gratitude towards Thabo’s contribution at the Club and even though he has featured less on the field in recent seasons, he remained a positive and influential member of the squad.

Thank you for the wonderful memories Festival!