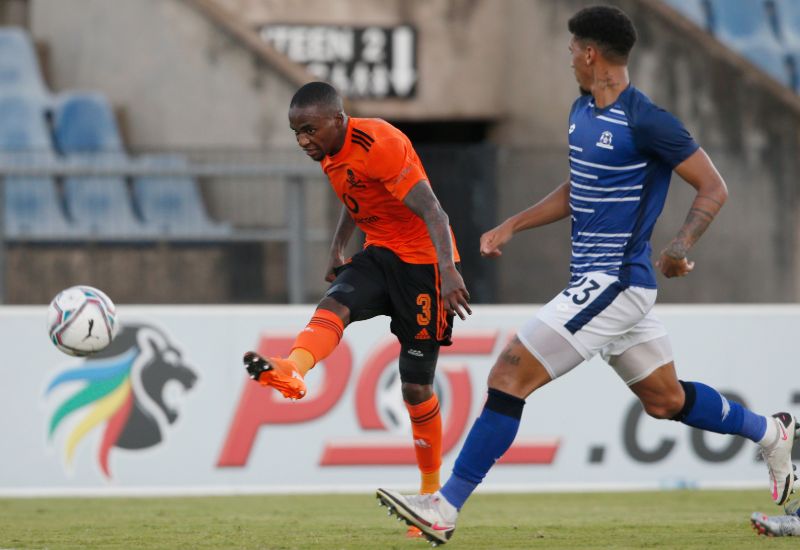 It might seem like it was just yesterday when Thembinkosi Lorch burst into the scene, but the Orlando Pirates playmaker has already brought up his 100th career league appearance.

The 27-year-old reached the milestone as he started up front alongside eventual goal-scorer Deon Hotto, as the Buccaneers clinched a 1-0 victory away to Maritzburg United on Saturday.

Lorch arrived at the Buccaneers as a 21-year-old, signing from Maluti FET College back in 2015, and had to bide his time before making his debut for the Club, as he spent a few seasons on loan.

The most notable of his loan spells was with Premiership outfit, Chippa United, where he made his top-flight debut during the 2016/17 season.

It is with the Eastern Cape-based outfit where he made an immediate impact, providing both assists on debut in a 2-1 victory over Free State Stars, before netting the first of his 18 league goals.

The bulk of his appearances have come in the famous colours of the Soweto Giants - 87 to be exact, accompanied by 32 goal involvements.

Orlandopiratesfc.com caught up with the 2018/19 PSL Player of the Season shortly after full-time at Harry Gwala Stadium, where he reflected on his career achievements so far, also revealing what he would still like to accomplish.

Today was your 100th top-flight league match, is it something you were aware of?

TL: I wasn't aware until I was told after the game. It's not something I usually check.

What can you say have been the highlights of your career so far?

TL: I think the biggest highlight was in the season where I won the PSL Player of the Season. Ja, that was a big one for me.

Having recently gotten your first trophy for Orlando Pirates, what do you think will take for the Club to get silverware regularly?

You have attained a few accolades in your career so far, what else would you still like to achieve?

TL: With the team, I obviously want to win more trophies. Also, I would like to be Footballer of the Season. That was a good experience for me, personally. I think it is possible to do it again.

Lastly, what message do you have for the Orlando Pirates faithful?

TL: I would like to say they must continue to support us, even when we are not doing so well. They must know that we do our best and work hard to keep them happy.