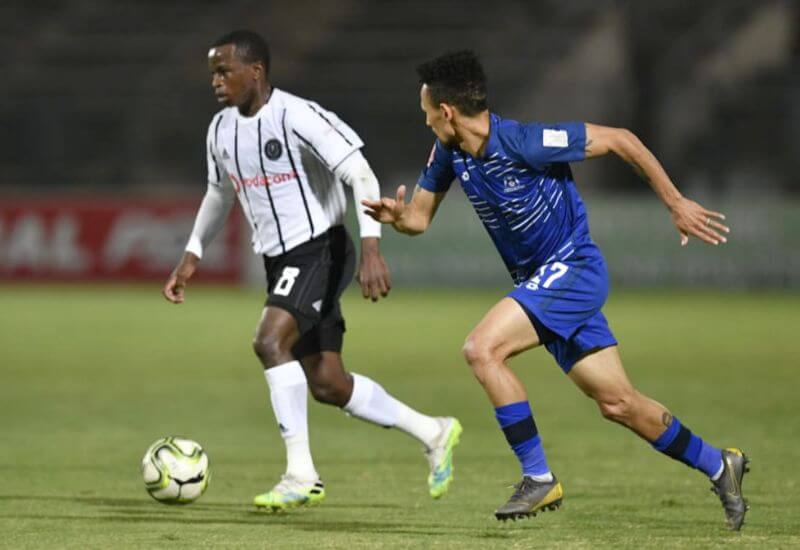 Orlando Pirates left it until late before clinching another important victory against Maritzburg United at Lucas Moripe Stadium on Wednesday night.

With just two match days remaining in the league campaign, the Buccaneers needed maximum points against the Team of Choice who, like the Soweto Giants, were vying for a top four finish.

Two first-half chances fell to Thembinkosi Lorch, who was the first to fire at goal with the first attack of the game after being set up by Ben Motshwari. However, the reigning PSL Player of the Season could not direct his shot to the target.

He was again in the mix just before the break, sending a volley towards goal and finding the target this time around, but not connecting well enough to trouble Richard Ofori.

The Ghanaian shot-stopper was tested again, with Vincent Pule almost stealing the lead for the Buccaneers in the dying stages of the first half, but the woodwork intervened to send the two sides to the tunnel still goalless.

Closing in on the hour-mark, Bongokuhle Hlongwane and Daylon Claasen combined well to cause enough panic from the Bucs defence, but Wayne Sandilands was on hand to turn away the danger.

With the clock running out, the contest looked headed for a stalemate, with both defences holding firm throughout.

However, this was until the 90th minute, where Gabadinho Mhango rediscovered his scoring boots with a left-footed strike past Ofori to hand the Buccaneers the lead.

The goal was the 15th in the league for the Malawian, who reclaimed his spot as the outright leader in the race for the Lesley Manyathela Golden Boot.