Timm: We’re Focusing on Ourselves 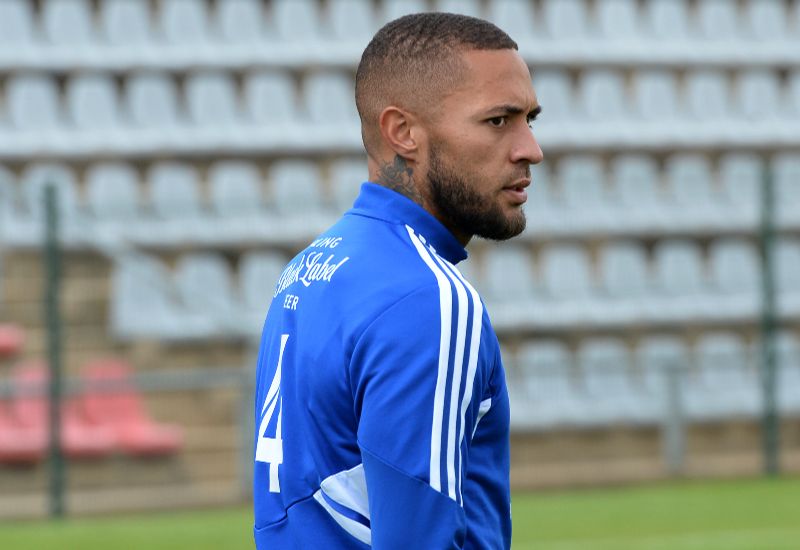 Orlando Pirates face what’s perhaps their biggest fixture so far this season, and midfielder Miguel Timm is relishing the opportunity to line up in the MTN 8 final, having missed out on another colossal fixture played this past weekend.

The Buccaneers face AmaZulu in a cup final for the first time in the PSL era at Moses Mabhida Stadium on Saturday, continuing a grueling string of games that have greeted José Riveiro’s men ahead of the lengthy FIFA break.

For the 30-year-old, the game presents an opportunity to return to the match day squad after missing out on what would have been his Soweto Derby debut in the team’s previous outing through suspension brought about by an accumulation of yellow cards.

It will be a welcome return for a player who has quickly become a crowd favourite in Bucs colours through his commanding presence, which has earned him a regular starting berth in the Club’s midfield amid an intense competition for spots.

Ahead of the sold-out affair in Durban, Timm revealed an exclusive interview with Orlandopiratesfc.com that he is relishing the opportunity to step out in Bucs colours once more after missing out of the Derby.

“Watching from the sidelines obviously cannot compare to being out there playing on the field and playing in front of so many people,” he said.

“Also, when I joined the Club my target was to compete as much as possible in all competitions that are up for grabs. Making it this far was one of my short-term goals, so we’ll do our best to go on and win it.”

The Buccaneers and Usuthu will be battling it out for the second time in the space of a month, having recently played to a stalemate in the league at Orlando Stadium.

While the fixture will be fresh in both sets of players’ minds, Timm has revealed that much of the team’s focus leading into the final has been on their own strengths.

“I think in every game that we prepare for we like to pay attention to our strengths,” the player added.

“We have enough quality to set it up the way that we wanna do things. We’re focused on ourselves and not worrying much about what the opposition is doing. “

“To be honest, we haven’t spoken much about them much. We know what we wanna do in this final. Obviously, there has to be a winner and a loser, and we’ve prepared as well as possible to go on and win on the weekend.”

Pirates’ path to the final has consisted of some impressive performances, but the team’s main Achilles heel throughout the season has been a lack of consistency.

Timm believes that finishing the year on such a high point could bode well for the rest of the season.

“The inconsistency has been evident, but we don’t lack confidence,” he said.

“We’re just learning to be as consistent as possible, especially when we get that bit of momentum. We’ve just failed to keep it. Looking ahead to the break and the second half of the season, it would be a good way to close the year on such a high.”