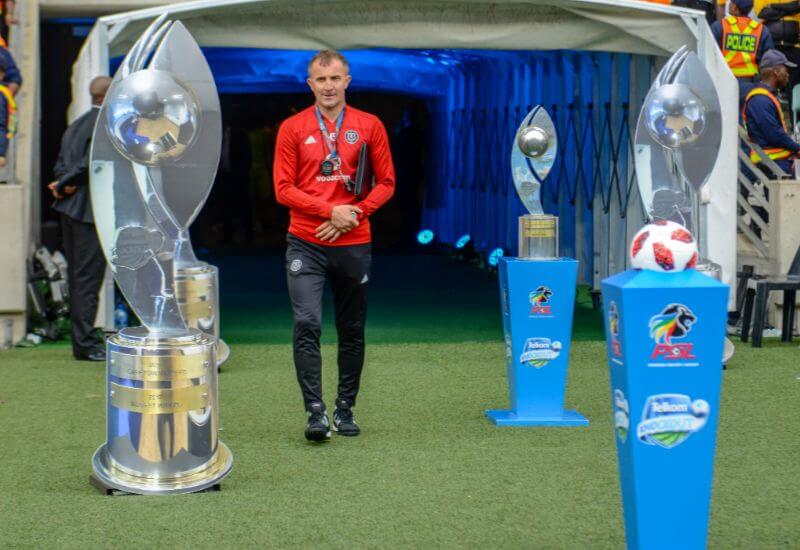 Orlando Pirates will lock horns with Baroka FC in the Telkom Knockout Cup final on Saturday with both teams looking to give their fans something to smile about ahead of the December festive break.

For the Mighty Buccaneers, this presents a perfect opportunity to end a barren spell of four years without a title, while Bakgaga – who will be competing in their first ever final, will be looking to claim their maiden title.

The above are just two of the many subplots that surround this encounter. Here are a few more that add to this mouth-watering encounter.

The football phrase David and Goliath has become synonymous with cup football. This phrase is often used to describe an encounter between a so-called favourite and the so-called underdog club.

Coming into this encounter; many will consider Orlando Pirates as favourites for this cup final and Baroka as the underdogs, as the Mighty Buccaneers have the scales tilted in their favour. Micho Sredojevic and Rhulani Mokwena have steered their Bucs ship to an undefeated run of 15 matches. However, Baroka have not been too shabby recently either – Bakgaga are three out of three in their last three encounters with victories over Bidvest Wits, Golden Arrows and Mamelodi Sundowns.

The debate of David and Goliath however is nullified in the following subplot.

When it comes to this years’ Telkom Knockout Cup, Baroka have proven to be a tough team to break down defensively. Bakgaga have scored five goals in their three matches and are yet to concede in this campaign.

Pirates on the other hand have been firing up front. The Buccaneers are the competitions top scorers with six goals to their name, and conceding only two in the process.

However if ever there was a team that was capable of bucking this trend, it would be this Class of 2018. This group of players have shown many times already this season that they are not fazed by history.

The recent 2-1 win over rivals Kaizer Chiefs in the semi-final of the Telkom Knockout completed a three-match whitewash over their rivals in a calendar year – a first since the birth of the rivalry in 1970.

This is also the same team that broke the hoodoo of the Tshwane teams this year. Prior to 2018, both Mamelodi Sundowns and SuperSport United had got the better of the Buccaneers.