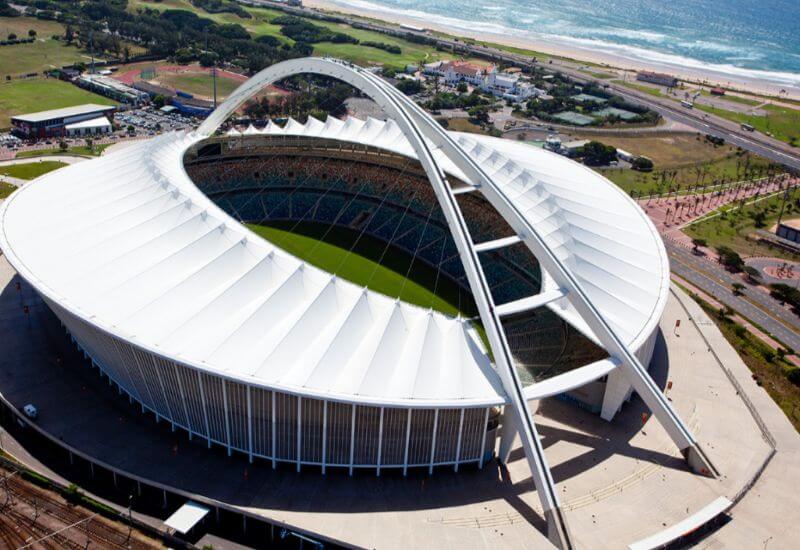 Durban is in for a treat this Saturday, with perennial rivals Orlando Pirates and Kaizer Chiefs getting in for a highly anticipated Telkom Knockout Cup quarterfinal at Moses Mabhida Stadium.

The fixture is the first of two back-to-back derbies, with the Soweto Giants meeting in the league seven days later.

The immediate focus for the Buccaneers will be to advance in the Cup, where they fell on the last hurdle last time around. This was after beating Amakhosi in the same venue in last year's semi-final.

However, a lot can change in a year, and Amakhosi – who currently lead the log standings in the league, do pose a different challenge this time around, having had a near perfect start to the new season.

In ten matches across all competitions, Ernst Middendorp's men have registered an impressive eight wins, losing just once to occupy first place and emerge as favourites for this upcoming cup clash against the Buccaneers.

They progressed to the last eight after beating Cape Town City in their own backyard, and will be buoyed by bagging another big scalp in Mamelodi Sundowns, who they beat in a league match - also away from home.

While Pirates' last visit to the Mother City did not go as well, they too will have gained some much-needed confidence going into the big Derby, after claiming an away win of their own midweek.

The victory against Highlands Park on Tuesday will have provided the Buccaneers with another chance to start stringing together some good results in their bid to be in among the trophies this season.

Khama Billiat: It goes without saying that the Zimbabwean international will require some special attention from the Pirates defence. Khama Billiat has found the net in this fixture before and is always a threat to whoever he comes up against.

Samir Nurkovic: Serbian striker, Samir Nurkovic will be turning up for his first competitive Soweto Derby, having had a run against the Buccaneers in pre-season. Still relatively new to South African football, he arrived with a proven goal-scoring pedigree and did not take long to hit his stride in his new surroundings.

Nurkovic’s’ main strength be his aerial prowess. And judging by how he was utilised in the recent league match against Sundowns, Nurkovic will serve as his sides’ focal point in his teams’ initial move on the counter with a Manyama playing to him from deep and Nurcovic flicking on (or passing) to Billiat.