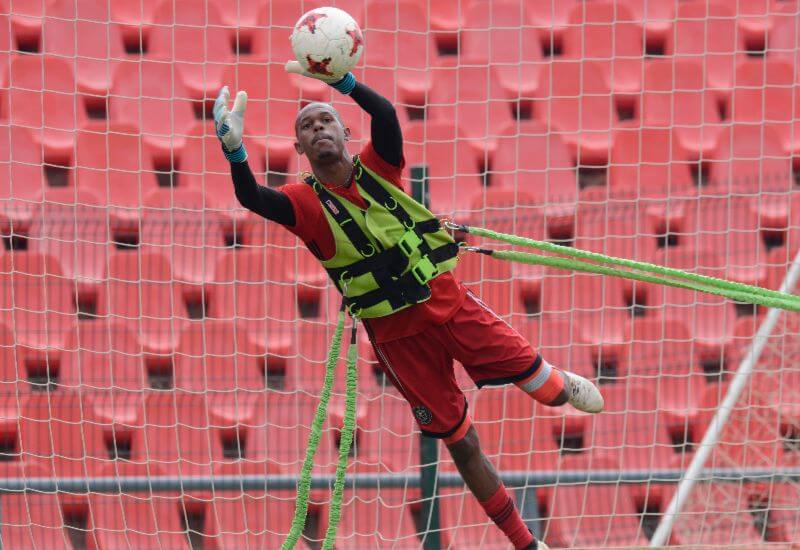 Orlando Pirates goalkeeper Tsebo Tsotetsi is upbeat about his side’s chances of advancing to the knockout stages of the Multichoice Diski Shield when they take on archrivals Kaizer Chiefs on Sunday afternoon.

Having opened their Diski Shield campaign with a loss at the death against Bidvest Wits, the young Bucs showed character in their second match of the tournament with a dominant display in their 6-1 thrashing of Platinum Stars.

Tsotetsi believes they have enough quality to see off their local rivals for the first time since the inception of Multichoice’s reserve program four years ago, following a string of drawn results in the league.

“Preparations have been going well and the coach has installed a sense of belief and confidence in us,” said Tsotetsi, speaking to Orlandopiratesfc.com after training. Everyone is committed and we have an appetite to win the tournament. Winning the Multichoice Diski Shield is extremely important to us as players because we would love to show our appreciation to management and the coaching staff for all their hard work since the formation of the reserve league and now the tournament.”

“We have to win on Sunday, it’s as simple as that. Victory will not only be our first win over Chiefs but it is a step closer to reaching our goal of being crowned champions of the inaugural Multichoice Diski Shield.” added Tsotsetsi.

The Soweto Derby clash will be played at the Vosloorus Stadium on Sunday afternoon, with kickoff scheduled for 12H00.