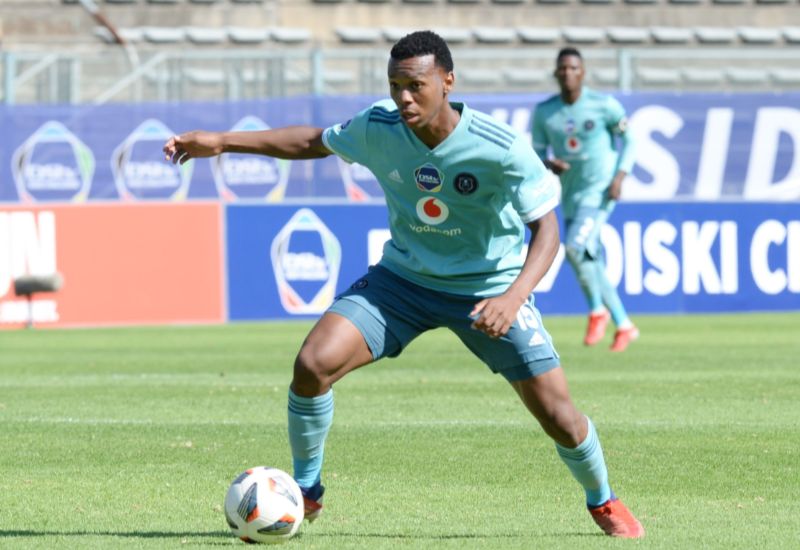 This year’s event was held virtually, with the 20-year-old striker one of two Buccaneers forwards in line for top prizes on the night, along with Kwame Peprah, who was nominated for the DStv Premiership Young Player of the Year award.

It was Radiopane’s exploits in the DStv Diski Challenge (DDC), which earned him the top accolades ahead of some of the country’s most promising young talents.

The Bucs Reserves’ star was nominated for the DDC Player of the Season award, where he went head-to-head with Kaizer Chiefs’ Mduduzi Shabalala.

His incredible season, where he broke new ground in the Reserve League by scoring a record 24 goals in his 27 appearances ensured that he was unsurprisingly named the best player in this year’s competition.

Radiopane, who also featured for the First Team off the bench on a few occasions, was also confirmed as the DDC’s Golden Boot winner, claiming that particular prize for the second season running after being the joint-winner in the abbreviated 2021 campaign.

This time around, there was a fair bit of distance between the Bucs striker and his closest rival for the top goal-scorer accolade, with nine goals separating himself from the second-placed player in the scorer’s charts.