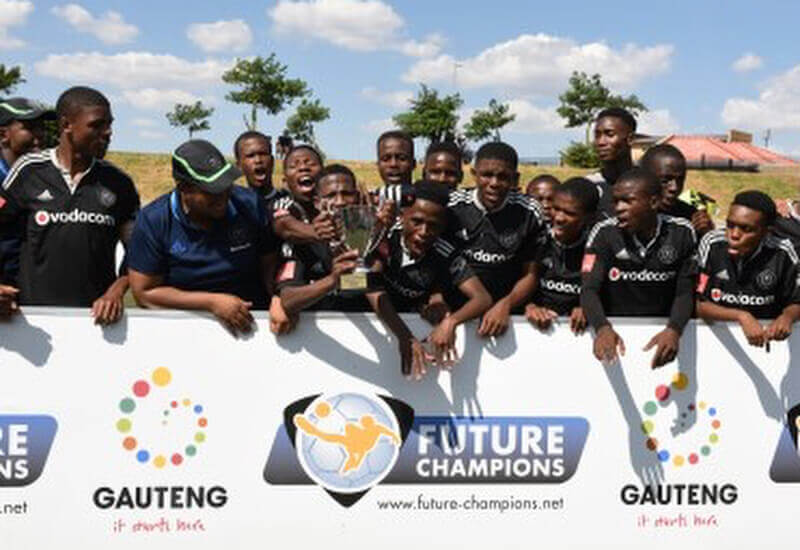 Orlando Pirates were crowned champions of the Gauteng Future Champs competition after beating Mamelodi Sundowns over the weekend.

The young Buccaneers came from a goal down to equal matters with less than ten minutes to play and force a penalty shootout. Goalkeeper Bohlale Hleza proved his worth by saving Downs’ fourth penalty and this allowed left back Lethabo Mazibuko the opportunity to net the all-important winning spot kick.

Victory over Masandawana will be a big boost for the young Buccaneers as they gear themselves for the start of the Future Champs tournament which kicks off at the Nike Centre, Soweto today. Orlando Pirates take of Belgian outfit Club Brugge at 14:00 today.

Speaking to Orlandopiratesfc.com under 17 coach and former Orlando Pirates midfielder Philani Kubheka said he was looking forward to the start of the competition.

He said: “In football you will always want to pit yourself with the best and the Future Champs competition allows us to do so. This is important because it will help us to measure ourselves as to where we are as a team and also serve as motivation for the players because one day some of these boys will be representing their respective nations and they’ll compete with one another.”

Orlando Pirates are in Group D alongside University of Pretoria and Atletico Madrid. Brugge are in Group C with Sundowns and Club Tijuana from Mexico.