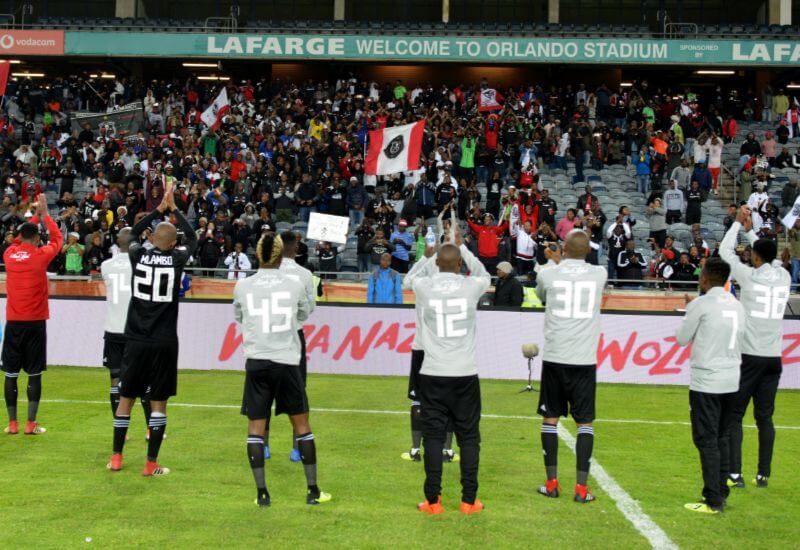 Orlando Pirates and Consumer Electronics and Mobile Partner LG South Africa are offering lucky supporters an opportunity to win LG hampers, and the voted Player of the Month takes home a brand new LG G7 Smartphone with a customized Buccaneers cover. All you need to do is vote for your LG Player of the Month for August.

Seven players have been nominated for the month and they are: goalkeeper Siyabonga Mpontshane, defender Happy Jele, midfielders Vincent Pule, Xola Mlambo and Ben Motshwari, as well as forwards Justin Shonga and Augustine Mulenga.

The 2018/19 season is well underway with Orlando Pirates having already been involved in six competitive matches.

It has been a fairly slow start to the season for the Buccaneers with Micho’s men kicking off their league campaign with a draw at home to Highlands Park, this was followed with an early exit in the MTN8 against SuperSport United.

Losses to Bidvest Wits and Bloemfontein Celtic were soon to follow before the Buccaneers would find their feet with a win against Black Leopards.

Pirates are currently in 4th position on the log table, five points behind early pacesetters Wits.

Despite the club’s poor start there have been some notable performances from an individual perspective. Mlambo has featured in five of the six opening matches, with the midfielder also bagging himself two PSL Man of the Match awards, including two assists.

The likes of Pule, Mulenga and Shonga have already registered their names on the score sheet this season.

Another new signing who has made his mark this past month has been Ben Motshwari who has started every match since making his debut in the MTN8 match against United.