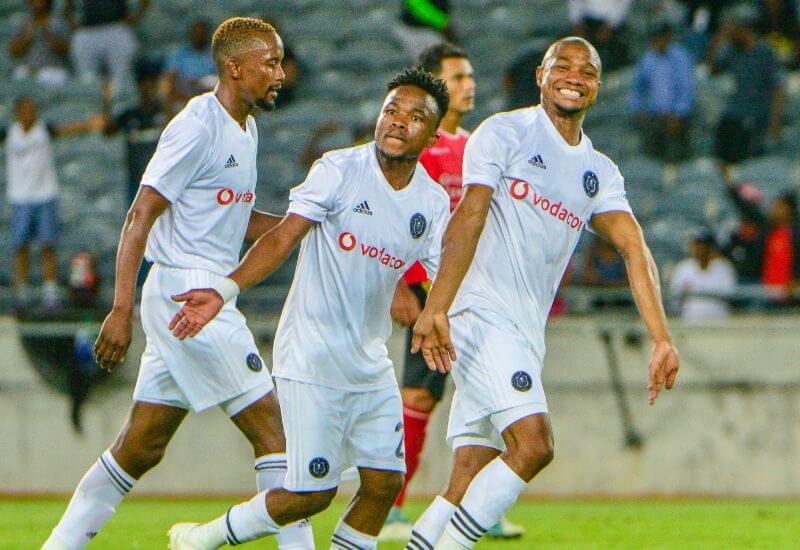 The Ford Goal of the Month competition for the month of November is set to be one of the most hotly contested since the start of the 2018/19 season. The Pirates players made it even more interesting following their 5-1 win over Light Stars from Seychelles last night with three contenders coming out of that game alone.

Over the month of November a total of five games were played and the Sea Robbers recorded four victories and one draw; netting an impressive 12 goals in the process and conceding only four times.

So who are the contenders for the Ford Goal of the Month Award?

We start with Justin Shonga – the Zambian marksman who comes with the reputation of being a set-piece specialist. With the Buccaneers leading 1-0 with 25 minutes left on the clock, a freekick is awarded on the edge of the box. Up steps the 22-year old who send a curler over the wall and past George Chigova. The goal would prove to be the match winner as Rise and Shine went on to pull one back late in the game.

With the match tightly contested and the score line reading 1-all after regulation time, both teams went into extra time smelling blood in this Quarterfinal clash of the Telkom Knockout Cup. It would take a special moment from a special player to break the deadlock and that would come in the form of Mlambo. The 27-year old receives a pass from Ben Motshwari, opens up for a shot on the edge of the box and sends a low driven effort past the keeper.

Orlando Pirates attackers pounce on a defensive error involving Marc van Heerden and they counter through Thabiso Kutumela, who lays off the ball for Lorch. The Bucs man curls it past the keeper with the side of the boot and with this goal, Pirates secure passage to the next round and set up a mouth-watering tie against rivals Kaizer Chiefs.

Lorch draws first blood in the Durban version of the Soweto Derby, when he latches on to a marvellous pass from Vincent pule and fires a well-executed strike in the 13th minute – sending the Moses Mabhida crowd into raptures.

The Zambian international finished off a well-orchestrated goal on the edge of the box involving Kudakwashe Mahachi and Linda Mntambo. Mulenga is released on goal and he easily slots his shot into the back of the net.

Makola produced one of his trademark free kick specials to give Pirates a 3-1 first half lead against Light Stars. His expertly delivered set-piece gave Romeo Barra no chance in the Stars goal, as it nestled neatly into the top corner.

Shonga makes a return to the nominations list with yet another goal from a set piece. In this particular game he seems to show teammate Makola that he wants to stake claim as the team’s new Freekick King with a superb strike from a similar distance to Bibo’s first half effort.

Fans are encouraged to vote for their Ford Goal of the Month on the Club’s official social media channels.

The voting for November’s Ford Goal of the Month closes on December 3, 2018. Terms and conditions apply.