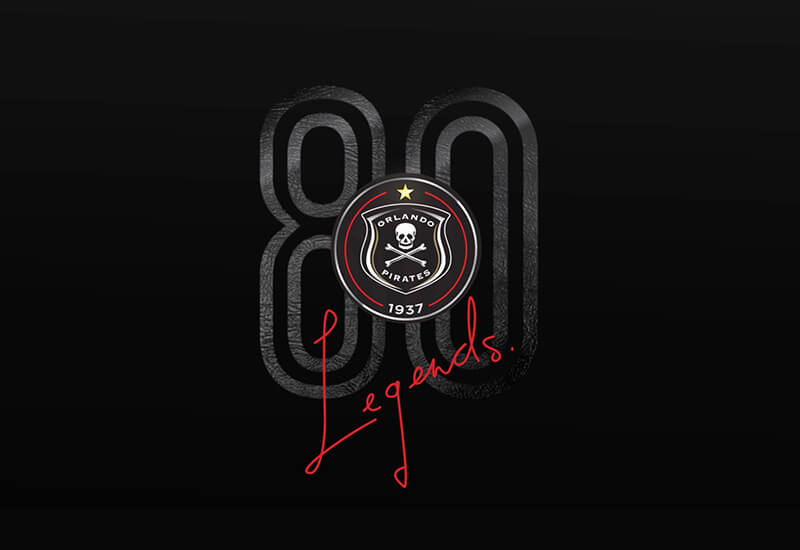 Ever wondered why names such as Pele, Maradona, Di Stefano or even locally JomoSono, ChippaChippa Moloi and KaizerMotaung continue to occupy the football discussion despite these players having retired years if not decades ago?

This! Ladies and gentlemen, is the mark of a legend. What is a legend you may ask? These are players that have stood the test of time. Not only did these players rise to the pinnacle of their generation, but their very styles, personalities and values truly reflected the era they lived in.

Legends take football to another level producing moments of magic which people will never forget.

Orlando Pirates are calling on supporters to help choose the Club’s next five legends who will form part of the TOP 80 Buccaneers of all time. This is an almighty challenge – it is not easy to whittle down so many wonderful players from 80 years to a mere 80.

75 players have already been selected and only five places remain. These 75 Legends have stood the test of time. Their names have been written into Buccaneer folklore, etched with the ink of immortality. From the enigmatic “ChippaChippa”, to the fearless “Legs of Thunder”, the “Troublemaker” from around the corner, to the midfield general of biblical proportions... One thing is certain, Orlando Pirates is Home of the Legends.

If your player receives the most votes at the end of the campaign, he will be inducted into the 80 Legends of Orlando Pirates.

As if turning your favourite player into a Legend is not enough, you also stand a chance of winning amazing prizes while doing so. Supporters who vote stand a chance to win prizes ranging from an LG smartphone to cash prizes worth the total value of R20000.

#VoteYourLegend now to contribute to the history of your favourite football club. The Orlando Pirates 80Legends Competition ends on 16 December 2018.